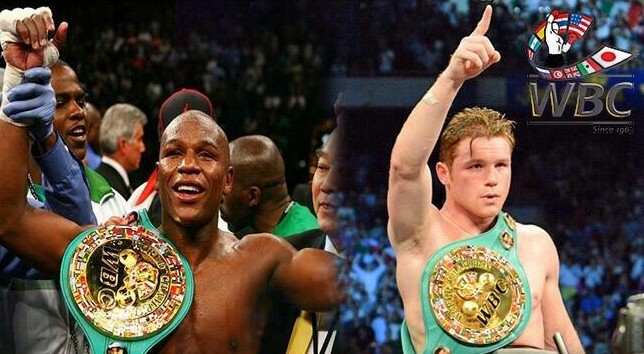 By Tom Donelson / Member Boxing Writers Association
There are some big fights coming beginning with Floyd Mayweather and Saul Alvarez.  Betting against Mayweather is not a winning strategy and Alvarez is a young fighter who has yet reach his peak fm2020 모바일. There are moments that a younger fighter takes the reign from an older fighter. When Rocky Marciano defeated Joe Louis, it was the official end of an era and Louis career was over 다운로드.

Mayweather looked impressive against Guerrero but Guerrero was a blown up featherweight fighting as a welterweight 다운로드. Alvarez is a natural junior Middleweight and he will be biggest fighter and possibly strongest puncher Mayweather faced.   Mayweather is 36 years old and is no longer at his peak.  Mayweather is still performing near his peak but he will be facing a young strong fighter with the big punch.

Alvarez strength and weakness were on display against Trout. Alvarez is a patient fighter who is economical with his punches and those fighters who gave Mayweather the most trouble were pressure fighters.  Jose Luis Castillo gave Mayweather his toughest twenty four rounds and Miguel Cotto had his moment in their battle.  Oscar De La Hoya actually got a split decision and his jab controlled the early rounds before Mayweather made his adjustment to win.  The major thing that has discouraged fighters in the past from exerting pressure was Mayweather quick counters and Mayweather has enough pop in his punches that hurts opponents.

Against Austin Trout, Alvarez managed slip punches and with one right hand, changed the tenor of the fight when he sent Trout down in the seventh round.  He has the ability to change a fight with one punch.    Mayweather advantage is that he is a defensive wizard, capable of slipping punches and rarely gets hit with solid shots.  The key can Alvarez make Mayweather uncomfortable and push 36 year old to the limit?   I am going on a limb and state that we will see a changing of the guard and the rise of new superstar.  Alvarez will upset Mayweather.

On the same card Danny Garcia fights Lucas Martin Matthysse for the recognized junior welterweight title.  Garcia is the guy listed as the best but when the two meet, it will be Matthysse who will walk out with the title as the best junior welterweight.  Matthysse two losses were by slim margin and in both fights, he managed to knock his opponent down.  His victories were often search and destroy mission in which his constant pressure simply proves too much.  Garcia can punch and he can box but on this night, he will be up against a fighter who simply punches too hard and Garcia will have to box his way to victory.  Unless Garcia can hurt Matthysse, I don’t see this going the distance.

In November,  Manny Pacquiao and Brandon Rios go after each other. If Rios was fighting the Pacquiao of three or four ago, he would lose.  Since he is not, this could be an entertaining fight as Pacquiao skills are starting to erode and his last memory of his bout with Marquez was being faced down on the mat.   Pacquiao is the quicker fighter and Rios is a fighter whose idea of defense is to simply block punches with his head.   Rios power was good enough to beat Mike Alvarado in their first bout as he simply grounded Alvarado down but in their second bout, Alvarado used angles and boxed to win a decision.  If Pacquiao employs a similar strategy, he wins easily but if he goes toe to toe, Rios can pull off a big upset.  I will the slight edge to Pacquiao but there is nagging feeling that Pacquiao best has passed and this could be a final curtain to a great career.

In the middle of September,  Seth Mitchell faces Chris Arreola after surviving Jonathon Banks in their second bout.  Banks showed a weakness in Mitchell arsenal; Mitchell vulnerability to a right hand.  Arreola has not proven to be the next great thing that was predicated but I see his experience winning this bout.  The winner is still considered a force in the heavyweight division and the loser career takes serious dive.

Timothy Bradley fights Juan Manuel Marquez in a crucial bout for Bradley.  He won a close bout against Pacquiao that most felt he lost and he barely survived Ruslan Provdonikov.  Bradley is undefeated; but the last two bouts left questions that need to be answered.  Bradley will be facing a master in Marquez but he has one thing going for him, youth.   Marquez is a master boxer and counterpuncher who has fought and beaten some of the best but he will be 40 years old when he stepped in the ring.  Bradley is vulnerable to a counter puncher like Marquez and the old man may just one more great fight left to win.