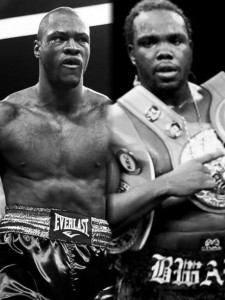 Deontay Wilder takes on Bermane Stiverne in an event that is totally unusual; an American in a heavyweight bout that means something.   Stiverne’s WBC heavyweight title is on the line and the undefeated Wilder has the opportunity to win a heavyweight, something no Americans have done since Shannon Briggs defeated Siarhei Liakovich for Liakovich WBO title nearly nine years ago 워드프레스 무료테마.

The biggest name on Wilder resume was Siarhei Liakhovich, who was 37 years old and some eight years removed from being the WBO title holder.  Wilder won with a one round knockout but he has yet to be tested.  Stiverne has pounded Chris Arreola twice over 18 rounds including a six round stoppage in their last bout.  Stiverne has produced 21 knockouts in his 24 wins and has the power to make short work of any fighter including Wilder.  For Wilder and American heavyweight, this is crucial match for Wilder has the physical talent but not the experience in spite of his 32 wins.  Wilder last bout with Jason Gavern was hardly a masterpiece as Wilder looked disinterested and treated the bout as a training session 듀드 시뮬레이터 다운로드.

Too often over the past decade, we have been treated to a hot prospect only to be disappointed.  Right now, the top two Americans are Bryant Jennings and Deontay Wilder, both undefeated 다운로드. Wilder won a bronze medal in the 2008 election, the last time any American male won a Olympic medal and if he wins; it will be a boost to American heavyweight 아기 상어 다운로드.

Stiverne biggest wins is two victories over Arreola and Ray Austin so as one pundit noted, it is not like he has significant body of work to brag about and he did lose to one of Wilder’s sparring partners Demetrice King by four round stoppage and had a draw against Charlie Davis 다운로드. Both of these fighters have lost more fights than they won so he has managed to lose and draw against mediocre talent so it is not like Wilder is fighting a great elite fighter 투투 벨 다운로드.

So on paper, Wilder is the bigger fighter with a longer reach and a powerful right hand so he has all the advantages but Arreola was the favorite against Stiverne as well.   Stiverne chance of winning relies on his ability to hit the big punch and find out if Wilder can take a punch.   If Wilder can or if Wilder uses his jab to keep the distance and set up his right hand; then Wilder wins an easy early victory 다운로드.

This is Wilder fight to lose and in Stiverne, he is not facing an elite heavyweight which is why he should win; thus setting up a bigger bout either with the other American heavyweight prospect or Wladimir Klitschko 대학생 워드 다운로드.