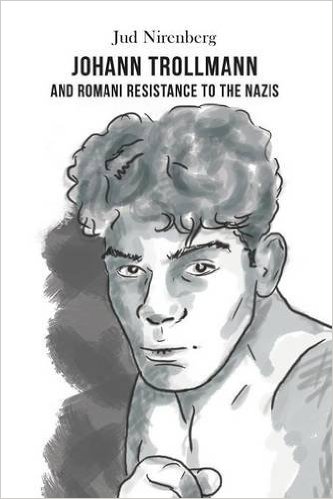 Explores the Intersection in History of Discrimination, Politics, and Boxing

When most people think of the Holocaust, they might not know the intimate and inspiring stories of the Roma, who were victims of genocide in WWII, but also brave fighters 다운로드.

In his fascinating new book, Johann Trollmann and Romani Resistance to the Nazis, Romani community leader, speaker, and author Jud Nirenberg introduces readers to the rich history and ongoing plight of the Romani people, focusing on the story of Johann Trollmann 쥐가 백마리 다운로드.

In 1933, Johann Trollmann won Germany’s light-heavyweight boxing title. The Nazis, who took a strong interest in boxing, would not accept him as the winner because he was Sinto, or Gypsy 다운로드. Trollmann, unlike many athletes in the face of racial prejudices at the time, used his visibility in the ring for shocking and aggressive protest, turning fights into politically charged performance art. He went on to serve on the front lines of war, fighting for Germany even as many of his own family were deported to concentration camps. He, too, would die in a camp. In post-war Germany, Trollmann’s family became activists and fought for the return of his champion title and dignity.

Nirenberg tells more than the story of Trollmann’s dramatic life. The book explores how other top boxers and athletes dealt with race politics at the time. The 1936 Olympics and characters like Joe Louis, Max Baer, Max Schmeling and Jesse Owens and boxing fans such as Adolph Hitler are all part of the tale.

“There’s almost nothing that is accessible about the Gypsy Holocaust, and the very little that exists focuses solely on the victims. No one else has shed light on Roma and Sinti as active resistors and fighters in history, and it’s important that the world knows the truth,” Nirenberg says.

In a timely and important book, Nirenberg shows:

From Denmark to Algeria and from India to Texas, from underground fight nights to Madison Square Garden, and from secret partisan meetings to concentration camp uprisings, Nirenberg offers a hard-hitting look at a forgotten history through the pages of Johann Trollmann and Romani Resistance to the Nazis.

Jud Nirenberg is a leading figure in, and writer about the Roma community worldwide. He is the chairperson of the board of Macedonia’s National Roma Center and former CEO of the largest confederation of Roma organizations in the world, the European Roma and Travellers Forum. He has been a repeat guest lecturer on Roma issues at the State Department’s Foreign Service Institute and at universities including NYU and Columbia.

His past books include Gypsy Movements (Schlimmer Publishing) and a chapter in Romani Politics in Contemporary Europe (Palgrave-MacMillan). He is also the editor and co-author of Gypsy Sexuality: Romani and Outsider Perspectives on Intimacy (Clambake Press). He has written for a range of Romani community media.

Outside of Roma issues, Nirenberg has been an amateur boxer for years and has worked in Holocaust education. He has managed democratization and human rights projects and worked in more than ten countries, including Afghanistan, Libya, Bosnia, the Czech Republic, Kenya, France and the United States.