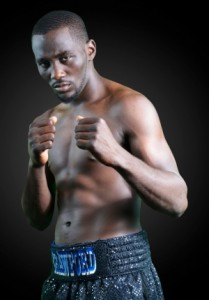 By Tom Donelson / Author, Member of Boxing Writers Association of America (BWAA), and has contributed to dmboxing.com since 2008

Last week Terrence Crawford showed why he has to be considered one of the best pound for pound fighters as he easily dismantled Dierry Jean over ten rounds.  Crawford showed that he was as effective out of the southpaw stance as he was in the orthodox as he pounded poor Jean from one end of the ring to the other 다운로드. Rarely did Jean come close to hurting Crawford and Crawford boxing style made it too difficult for the challenger.

The talk surrounding the match that an impressive Crawford win would put Crawford in line for a shot at Manny Pacquiao supposedly last fight next April 다운로드. How much of this talk was Arum trying to build up interest in the Crawford bout with Jean by telling the world that the PACMan is about to say good bye to boxing with one big fight and Crawford could be that big fight 맥북 윈도우 10. Of course there are two things wrong with this picture, one being that Crawford-Pacquiao bout would bring far less revenue than let say, a Pacquiao-Amir Khan or a Pacquiao-Cotto or Alvarez even though I don’t see Pacquiao fighting Alvarez and I see Cotto, if he beats Alvarez, looking at Gennady “triple G’s” Golovkin.   And I don’t see this as Pacquiao last fight if he wants on more shot at Mayweather, who is retired for the moment.  But then, boxing is the theater of the unexpected and a Crawford-Pacquiao might just happen.  At least, Crawford looked impressive in this bout 엡손 프린터 드라이버 다운로드. 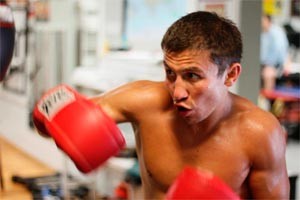 Watching Triple G’s is watching a Rembrandt as he simply is capable of fighting so many ways 모노노케. Watching the replay of his bout with Lemieux, I had to marvel of Triple G’s boxing prowess as he landed jabs after jabs over the early rounds while setting up Lemieux for his power shots.  Golovkin simply dominated the power punching Lemieux, and this was enough for Alvarez to say, no fight unless at 155 catch weight 다운로드.

As for triple G’s, his PPV debut attracted 150,000 buys, hardly a world beater whereas the Cotto-Alvarez will attract tenfold based on both Cotto and Alvarez’s fan base 다운로드. So Golovkin won’t be negotiating from a position of strength against Alvarez since Alvarez is the big draw, not Golovkin.  And in boxing, money matters 다운로드.

Triple G’s would have to weigh what coming down five pounds will do versus the very big dollars he would receive fighting Alvarez.  Alvarez is one of the boxing better attraction provided he gets past Cotto, a very big test.  While Alvarez has the speed and the power to win this bout, Cotto is an excellent boxer who has been in with some of the best.  At 34 how much does Cotto have left is the big question 다운로드.  He looked impressive against Sergio Martinez who suddenly fought like the old man he was and against Alvarez, he will be facing a tough fighter with very quick hands.  Cotto has improved as a boxer and he can hurt Alvarez but the reverse is equally truth 다운로드.