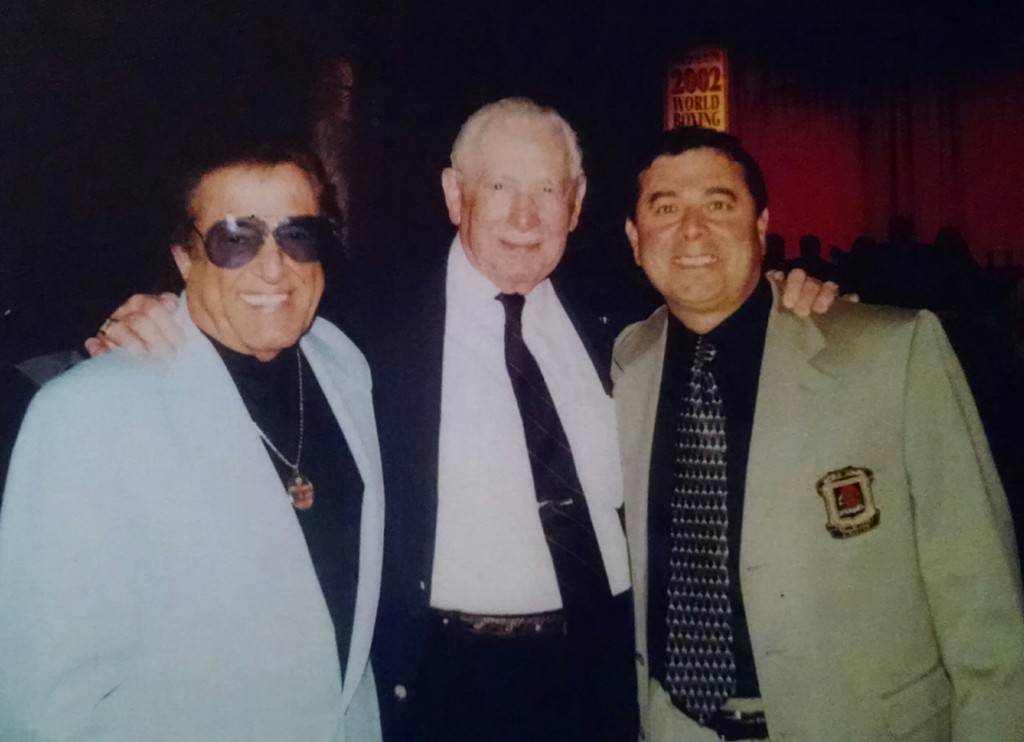 Last month the boxing world lost a friend, Maurice “Dub” Harris, who passed away peacefully on June 27, 2011 at the age of 94 다운로드. He was a highly decorated veteran of the United States Army serving in both World War II and the Korean War.

Dub, along with Everett Sanders (original founder), Charlie Casas, and Gordon Del Faro, was one of the charter members of the World Boxing Hall of Fame that started in 1980 오버로드 13권 다운로드. Dub served five terms as president (1982), (1985), (1989-1990), (1995-1996), (1997-1998). Dub remained active as Chairman of the Board and President’s Advisor until failing health in 2005 forced him to depart the World Boxing Hall of Fame after twenty five years of dedicated service with the goal to always strive for excellence google play service.

I officially met Dub in November 1996 when Deborah Sutherland set up an appointment to have him interview me to become a member of the World Boxing Hall of Fame 다운로드. I was not shy about telling him about how I wanted to serve and offer my boxing expertise to the organization. He was delighted with my interview and I was always remember what he told me, “Don’t let me down,” which became the motivating sprit that he sincerely embedded in me and lit the torch I burned for the next ten years I served the World Boxing Hall of Fame. We often kidded about “Don’t let me down” between us, in which he would always look at me with that smile he had for the chosen ones whom he considered on his team.

From that moment forward we became close friends in service, Dub being president and me being a director of the board. Later he personally appointed me as his boxing historian. Dub was respected by everyone on the board and many others within the boxing circles he traveled. He gave much to the community, supporting such organizations as the Los Angeles County Sherriff’s Department, the Los Angeles Youth Foundation, Shriner’s Hospitals, and the John R. Wooden Award hosted by the Los Angeles Athletic Club just to name a few.

Trudie Latka, who has severed honorably with the World Boxing Hall of Fame since 1992, says “Dub knew all about the things he didn’t know, and knew how to use others talents to unite to solve, which made him a great leader in all aspects of the word”.

Joey Olmos, a life-long icon in boxing for over sixty years and who served as Los Angeles Boxing Commissioner for many years, says, “Dub was one of a kind, dedicated, friendly, humble, and knowledgeable. He was well loved and will be missed immensely.”

Johnny Ortiz, who served with nothing less than 100 percent support to the World Boxing Hall of Fame for 12 years, says “In all my years not many have had my utmost respect. Dub Harris was a man who commanded my respect from the very moment we met. He emitted a radiance, a brightness, that went out to all that were fortunate enough to be around him. He is now in a much better place, a place he richly deserves.” To quote William Shakespeare, “We will not look upon his like again.”

With the passing of Dub, I personally will never forget him as my president and the opportunity he gave me in his trust, and in return to fulfill my commitment to never let him down. I consider myself blessed to have known such a wonderful man. May his soul rest in peace in heaven – Maurice “Dub” Harris.