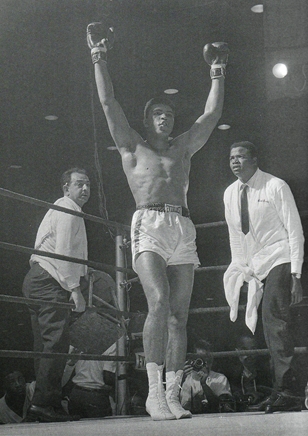 If you were around then, as I was, you know that it was fifty years ago this month that Cassius Clay (now known as Muhammad Ali) shocked the world by stopping Sonny Liston to win the World Heavyweight Championship 다운로드.

The stoppage came after six complete rounds; but when the bell sounded to begin the seventh round Liston remained on the stool, not able to continue 완행열차 다운로드. The fight officially went into the record books as a seventh round knockout win for the young, brash confident 21 year old champion, Cassius Clay.

Liston was a 7 to 1 favorite that night and all the experts, myself included, picked him to retain his title 다운로드.  February 25, 1964 was truly a memorable day in boxing history, one that will be remembered forever!