*** FLASHBACK – this article originally appeared on dmboxing.com on March 19, 2014 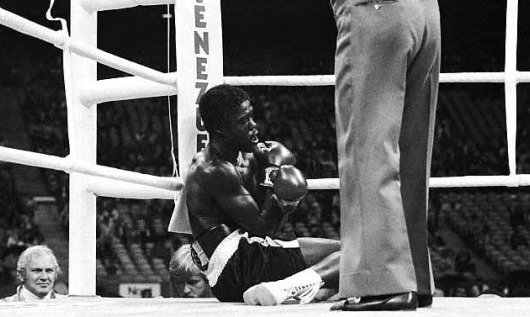 NOTE:  Steve Corbo, is a veteran of more than 35 years in the boxing game, has been a co-host and color commentator for televised boxing events, as well as a professional boxing judge. He has worked with professional boxers in a variety of capacities, and has written several articles on boxing that have been published in various periodicals 다운로드. He has made his mark as a top boxing ring announcer, especially in Europe, where he announced major WBC, WBA, IBF, and WBO World Championship title bouts televised worldwide. Harold Lederman, Boxing Hall of Fame member and a part of HBO Boxing’s broadcast team, called Steve Corbo “one of the best boxing ring announcers in the entire world.” A Chicago native, Steve has also been heard as the backup PA announcer for the Chicago Blackhawks NHL hockey team 쥐가 백마리 다운로드.

I will always remember this fight because I was there, at ringside, close enough to reach out and touch Cleveland Denny. In the late 1970’s my friend Johnny Lira was the USBA Lightweight Champion and one of world’s top rated lightweights. In ’79 he lost in his bid to capture the WBA World Lightweight Title.

A year later, Ring Magazine had him rated #5 in the world , he was looking to get back into the mix and get another shot at the title 다운로드. Johnny was going to fight Gaetan Hart on the undercard of Sugar Ray Leonard vs Roberto Duran, up in Montreal. The bout was scheduled for June 20,1980. But they weren’t able to make the fight and Cleveland Denny wound up in the ring facing Hart, instead of Lira. Johnny, myself and Mauro DiFiore decided to go up to Montreal anyway and see the show 버추얼박스 64비트. What a show it was, taking place at the Olympic Stadium and in the same city where just four years earlier Sugar Ray Leonard won a Gold Medal in the 1976 Olympics. Johnny was on top of his game so we were with Angelo Dundee, Wilfredo Benitez, media guys like the dean of all boxing historians Hank Kaplan, etc. We were surrounded by boxing royalty 다운로드. We had no tickets, but somebody hooked us up and we got in on some TV/Radio Press Passes! We had no assigned seats! I ended up sitting in Leonard’s corner, on a folding chair I picked up from someplace, next to Joe Frazier. We talked about his son Marvis, who was an amateur at the time, and had just won the National’s.

Anyway, before Leonard and Duran got into the ring and before most of the crowd had filed in, was the Hart – Denny fight 탱고음악 다운로드. The three of us just walked down to the ring, sat down and watched this fight. We (especially Lira) wanted to get an extra close look at the fight and check out Hart, because Lira thought he’d be fighting him down the road. Possibly in his next fight. I had also seen Denny fight in person, the year before, on a card at the Olympic Auditorium, in Los Angeles. So I had in interest in seeing both guys 울타리 3.5 다운로드.

As we know, Denny died from injuries he received in that bout. He clung to life for 16 days, never regaining consciousness, before he passed away. We knew he was in a rough one and when the end came in the 10th and final round he was stopped cold. We, as well as anybody else watching that fight, knew right then and there, he was hurt bad 다운로드. But we didn’t know the true extent of his injuries. Sometimes guys get knocked out cold and they fully recover. He left the ring unconscious, on a stretcher and that was the last we saw of him.

The main event was yet to come. Leonard vs Duran, 15 rounds, for all the marbles. There were more than 46,000 people in that Olympic Stadium, to see one of the most anticipated fights in years 문명의 시대 아시아 다운로드. Most of those people had no idea what had happened in the preliminary bouts and for those who did, I am sure they just put the Hart – Denny fight on hold, at least for the time being. I know I did… We knew he was in a tough fight,”got his butt knocked out” and it was one heck of a bad knockout…. But we didn’t know until later just how bad it really was 다운로드. I will always remember that fight and all these years later, every once in a while, I say a prayer for Denny. He was 24 years old at the time of his death.