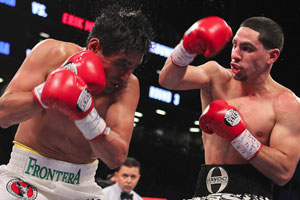 By David Martinez
On October 20, 2012, the new state of the art Barclay’s Center in Brooklyn, New York, opened with a bang in it’s inaugural boxing show 다운로드. 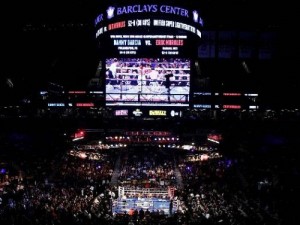 The card featured Devon Alexander (24-1 / 13 by KO) winning a lop-sided 12 round decision over Randall Bailey (43-8 / 37 by KO) 백세 인생. Since losing his junior welterweight title in January 2011 to Timothy Bradley, Alexander has beaten Lucas Matthysse and Marco Maidna to win the IBF welterweight title with his win over Bailey iOS9.3.3 Beta 4.
In an excellent bout between two unbeaten fighters, Peter Quillin (28-0 / 20 by KO) won the WBO middleweight title with a 12 round decision over Hassan N’Dam N’Jikam (27-1 / 17 by KO). In the bout N’Dam survived six knockdowns, two each in the fourth, sixth and twelveth rounds, gaining him much respect in the boxing world. This fight certainly is a candidate for fight of the year.
In a bout that I scored differently than the official outcome, Paulie Malignaggi (32-4 / 7 by KO) squeaked out a 12 round split decision win in a non-title welterweight contest over Pablo Cesar Cano (25-2-1 / 19 by KO). Because Cano came into the fight slightly over the 147 pound weight limit, no title was at stake. Malignaggi was dropped in the eleventh round and survived, and many boxing fans would certainly love to see a rematch.
In the main event, WBA / WBC junior welterweight title holder Danny Garcia (25-0 / 16 by KO) landed a picture perfect left hook to knock out Mexican hall-of-famer Erik Morales (52-9 / 36 by KO) at 1:23 of the fourth round to reatin his title. With his win in this rematch, plus a knockout win earlier this year over former champion Amir Khan, Garcia has certainly put himself into position as a leading candidate for fighter of the year.
The entire show at the Barclay’s Center was a total knockout and boxing fans can look forward to more shows at this beautiful arena.