Over the years in boxing there comes a boxer that catches my eye by way of a shining star that will brightens the sky of boxing nate 동영상. This boxer today is current WBA middleweight champion Gennady Golovkin. 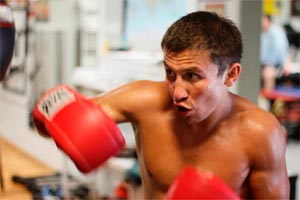 The hard-punching 31 year old Kazakh, with Russian-Korean descent, and ex-Olympian, Golovkin (27-0 / 24 by KO) fights often and always wins 드래곤볼 제노버스 다운로드. He has the highest knockout percentage (88.8) in boxing today and has registered 14 consecutive knockouts to his credit. He has insisted that he wants to fight only the best and he will keep fighting until the best can’t ignore him 다운로드.

In my opinion, he reminds me of Kostya Tszyu with his style and Jeff Fenech with his aggression. I would go out on a limb by saying his savageness in the ring is that of a young Roberto Duran, but I won’t go there quite yet. But as a fighter of today he rates very high in that department.

How does Golovikin rate with the great middleweights from the past? Well time will only tell on how his greatness will evolve. Him beating the two greatest middleweights that I consider to have been in my era of following boxing (1961-present), Carlos Monzon and Marvin Hagler, is completely out of the question. Monzon, at almost six feet tall, was as strong as a bull would be too much against anybody at 160 pounds. And Hagler was so tough in his prime that he would have withstood anything against anybody at 160 pounds.

Although I would consider three other greats from the past, that if they were to fight, who would be at equal par with Golovkin at this stage of his career: John Magabi, Terry Norris, and Rodrigo Valdes. I can make a case to add Bennie Briscoe, as styles make fights; and I feel Golovkin would eke out a close decision and not win by knockout over the tough Philly fighter.

There are other rising bright stars in boxing today, which is just great for the sport, but currently one certainly to watch and not to miss when he steps into the ring is – Gennady Golovkin!