*** FLASHBACK – This article originally appeared on dmboxing.com on August 16, 2015 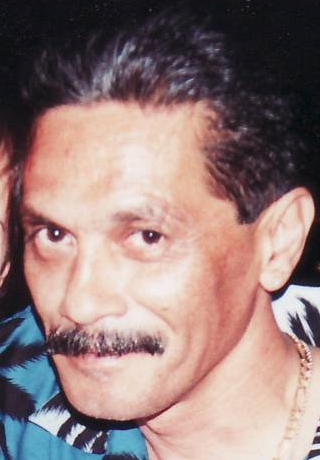 My dear best of friends George Garcia, age 60,  passed away peacefully at his home in Montebello, California on August 13, 2015 after his battle with cancer.  George was a special friend because he was giving and the kindest of people that I have ever known. 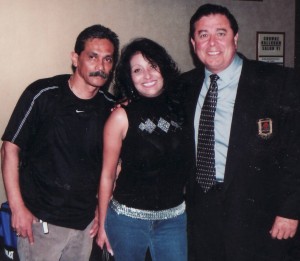 We met about twenty years ago through the boxing circles.  He attended many World Boxing Hall of Fame banquets during my ten year (1997-2007) tenure on the Board of Directors 다운로드.

He was a free lance boxing photographer and we attended many boxing shows in the  Southern California area and traveled many times to Las Vegas for boxing evnets.  We also went up to Big Bear to see fighters train, and hung out in fun times. The stories of our times together are priceless and those memories will live forever 다운로드. 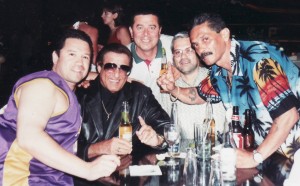 His photography was superb. He would always provide me with his photos for my journalism work.  He was also instrumental in helping me start my website in July 2007 with photos and input 어이쿠왕자님 한글 다운로드. 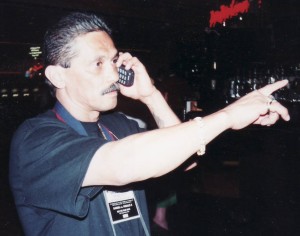 His death came as no surprise to me because he had been struggling with cancer for over a year, but when the news came that he had passed away – I had a hard time accepting it, taking it very hard with tears in my eyes because of the love in my heart for George.  He was truly a wonderful human being. 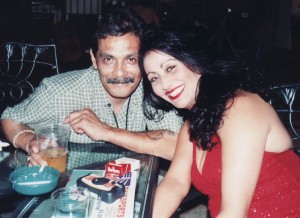 George was loved by everybody and his long time girlfriend then wife Claire Landless was by his side from the very beginning to the very end with the greatest loving care and tenderness that I have ever witnessed through their years together.

In his memory and honor,  I am sharing my first article about George that was published on this website in November of 2007.  I will miss him with all my heart and I consider it a gift from heaven to have known him as a true friend. 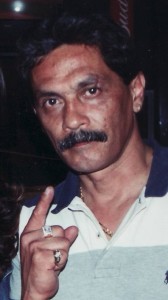 His friendship will ALWAYS live and will never be forgotten on my website.  You can go to the menu section under Categories and click onto his name for viewing.

May his soul rest in peace in heaven with God – love you George Garcia!

I met George Garcia a little over ten years ago at a Los Angeles
boxing show. Little did I know then that he would become not only a
true friend of mine, but also a person who I would know today as
one that would enhance my boxing website with some wonderful photography.

Shortly after meeting George, we attended several fight venues in
Las Vegas and in the local Los Angeles area. I have seen lots of
picture-taking people in my days as a journalist, but George, in
the short time that I have known him, has to rank as of the best
because of his true love for boxing.

In the last dozen years or so that I have known George, there is one
thing that stands out in my mind: he never asks for money from his
friends for his photographic services – or at least I haven’t been asked to
pay in the countless photo assignments he has done for me! That would
also include the photo of “yours-truly” at top of the site when you
first enter “David Martinez Boxing”, as well as the Halloween photo of
me wearing the wrestling mask which also appears in this website (to
my surprise, my producer, John Boitnott, decided to post this one when
he saw it on an e-mail which I sent to him and some other friends!).

At a recent boxing event of 600 people, I was inducted into the
California Boxing Hall of Fame.  Before I got home the next day,
George had already sent me over 100 pictures of the event
for my personal viewing – now that’s dedication!

George’s interest in photography started as a hobby when he was a
young boy, and in 1999 he became a professional photographer.  George
has covered over 75 championship bouts, with more fights on the horizon.

George has been to cities such as Las Vegas, New York, Atlantic
City, Miami, Texas, Arizona, and Los Angeles, just to name a few,
and has done many other boxing projects such as various luncheons
and banquets, plus magazine shots that have appeared nationally.

He has also been a personal photographer for rising boxing star
Francisco “Panchito” Bojado, and has done outstanding work for West
Coast Boxing Entertainment, as well as Fox Sports AM 1150.

It’s such a pleasure to have a sincere professional like George Garcia
as a part of David Martinez Boxing, but most importantly – I have
certainly met a friend that loves his trade with a true passion.

Below you will see some photos from Georges’s extensive collection.
For more information, please feel free to contact George Garcia – the
boxing photographer you now know, at abovethering@sbcglobal.net.

Note to File:  A few championship fight photos from ringside by George that were published on this website have been: