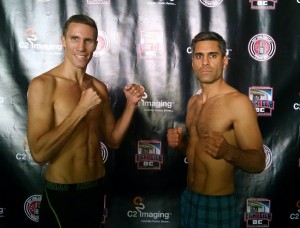 After two months of serious training and a disappointing postponement of his fight scheduled for Simi Valley two weeks earlier, Henry Calles moved on to a larger venue and tougher opponent on Thursday, June 11, 2015 드래곤볼 제노버스 다운로드.

The Hangar at The Orange County Fair and Events Center in Costa Mesa, California, was the site.  The nine-bout fight card was attended by a standing room only crowd of 1600 plus fans 다운로드. The card was promoted by Roy Englebrecht / Fight Club OC.

The opponent for Henry would be local favorite Reece Bennett in a super middleweight bout, scheduled for four rounds 다운로드. 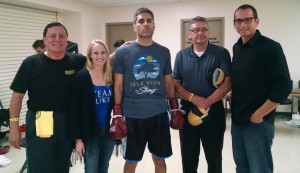 As a member of Team Duke’s working Henry’s corner, it was an honor for me to be in such good company for the fight along with trainers Oscar Gracia Sr., Oscar Gracia Jr., and team manager Sarah Cammann 다운로드. 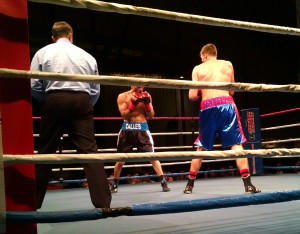 Henry fought “lights out” against the younger and bigger opponent Bennett, never taking a step back in the bout.  After their fight, a few hundred dollars flew into the ring – which is the ultimate appreciation from the crowd.  The fight itself was declared the “Fight of the Night” and rightfully so, as it was action packed from beginning to end, featuring two boxers who gave it their all.  I will go on record to say that they threw more fierce punches in four rounds than did Mayweather vs. Pacquiao in their 12 round fight. 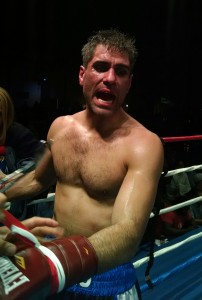 On the official scorecards, one judge had it 39-37 Calles (3 rounds to 1), while the two other judges scored it 38-38 (2 rounds a piece), resulting in a majority draw decision.

Henry (1-0-2) certainly left his mark showing the heart of a champion,  will to win, and mental toughness in a hostile environment that favored Reece (1-0-1), from nearby San Clemente, Orange County.

One behalf of Team Duke’s, I want to say “thank you” to the many fans that support Henry, who are there in true spirit and always in his corner! 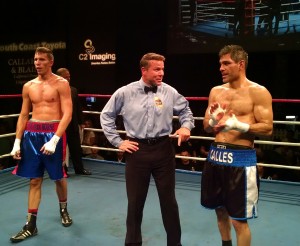 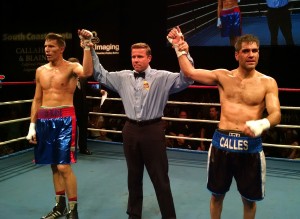 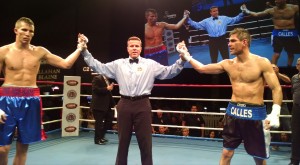 One thought on “Henry Calles fights to a “sensational” DRAW”