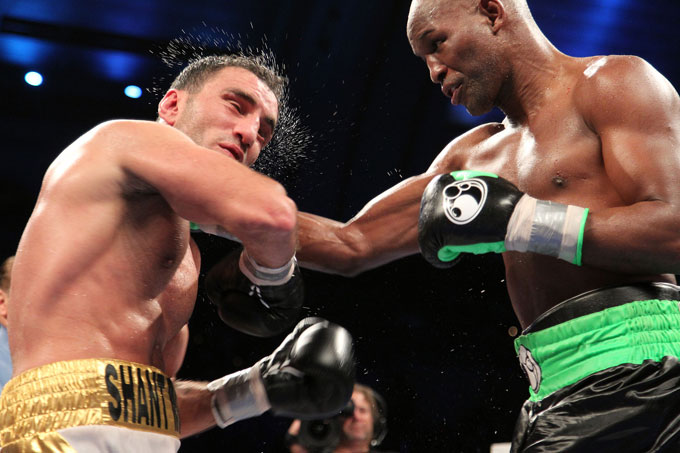 Murat came out fast in the early rounds, but it was Hopkins who was more the aggressor from round four throughout fight and was willing to trade with his younger 30-year old opponent 지오메트리대쉬 컴퓨터 다운로드. Hopkins did what he had to do to win and stated in a pre-fight interview that he badly wanted the knockout, but was satisfied with the win.

In the co-feature, WBO middleweight champion Peter Quillin (30-0 / 22 by KO) retained his title with hard fought tenth round TKO win over Gabriel Rosado (21-7 / 13 by KO). The bout was officially stopped by the doctor due to a terrible cut over Rosado’s left eye.

Also on the card, televised by Showtime, unbeaten heavyweight prospect Deontay Wilder (30-0 / 30 by KO) completely dominated a game Nicolai Firtha (21-11-1 / 8 by KO) knocking him down twice in first round and out in round four with a perfect left hook. For Wilder, he is beyond the point in his career to be fighting low class competition and really needs to take it to the next level.