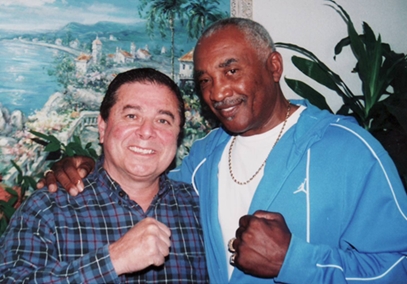 When a fighter earns the nickname “Kayo”, it’s safe to assume he’s a pretty dangerous guy npm 패키지. Howard Smith met and defeated some top tier heavyweights in the 1970’s. Yes he could bang with the best of them.

Howard turned professional in 1971 and suffered a defeat in his fourth pro fight 다운로드. He bounced right back in 1972 halting future world champion Mike Weaver in three rounds. Next he outscored Weaver in a return match. In 1973 Howard pounded out a decision over Jack “The Giant” O’Halloran 다운로드. Smith was moving up in the heavyweight rankings in 1974 with KO wins over Tony Doyle and O’Halloran in a rematch. Howard leaped over another hurdle in 1975 with a fifth round stoppage of the respected Larry Middleton 다운로드. In 1976 Smith won a split decision over the smooth boxing Johnny Boudreaux.

1977 proved to be pivotal year for Howard 다운로드. He solified his Top Ten ranking by outscoring the clever Henry Clark. Then in April at the Alladin in Las Vegas, Howard met the hard belting Earnie Shavers 인벤터 2016 다운로드. This was a much anticipated match between two of divisions premier punchers. Who would get in the first big shot ? Well on this night it was the feared Shavers who dropped Howard three times in the first round 다운로드. The bout was halted in the second round. It was a disappointing loss but Smith returned to action four months later knocking out Charlie James in the tenth round 익스플로러 동영상 다운로드. That would Howard’s last fight.

Smith only had twenty pro fights, (17-2-0 with 1 no contest. He won ten via the KO route. In his brief career he made his mark in the talent rich heavyweight division of the 70’s 배틀 그라운드 무료.