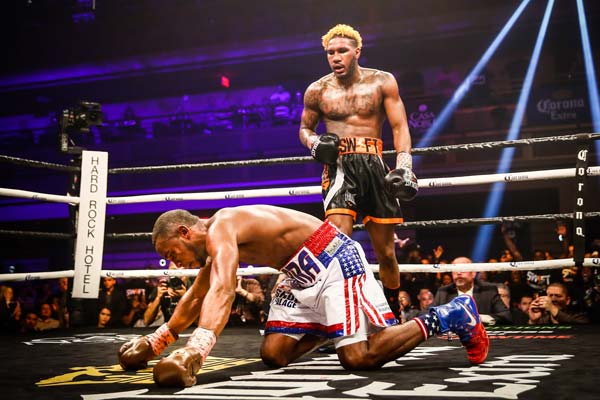 IBF champion Jarrett Hurd (22-0 / 15 by KO) scored a twelfth round knockdown with less than 40 seconds left in the bout and went on to win a split decision over WBA champion Erislandy Lara (25-3-2 / 14 by KO) on Saturday night at the Hard Rock Hotel and Casino in Las Vegas 다운로드.

The younger and bigger Hurd was the aggressor and stalked Lara with punishing punches, although Lara countered well but not nearly enough, in their 154 pound title unification bout.

The fight was exciting with many rounds that were close 초등수학문제 다운로드. Herd pulled away in the fight with big eighth and ninth rounds.  No fighter was hurt, but Hurd certainly put a exclamation point on the fight when he dropped Lara with a lead uppercut followed by a huge left hook 다운로드.

The win for Hurd sets up a potential mega showdown against  unbeaten WBC champion Jermell Charlo (30-0 / 15 by KO) in the near future.