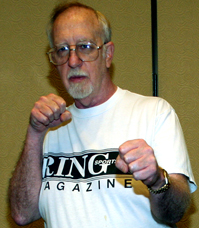 Their first match, also held in Atlantic City in December 2009, both fighters went
toe-to toe, and resulted in Williams winning a majority decision 영화 태풍 다운로드. It was a war that
many people think should have earned ‘fight of the year’.

Martinez other loss was via a 7th round TKO to Antonio Margarito almost ten years
before 다운로드.

Martinez, 45-2 (24) is 35 years old. He stands 5’10”, thus giving up three inches in
height and six inches in reach to his 6 year younger foe 다운로드. He is a native of Argentina,
a country who has been the homeland of many solid fighters.

Williams, 29, sports a record of 39-1 with 27 of these wins coming via the knockout
route 다운로드. His only loss was in February of 2008, when he lost a unanimous decision to
Carlos Quintana.

Two southpaws usually make for a boring fight, which is one of the reasons it rarely
happens 다운로드. Still, judging by their first encounter, it could well be another war.

Williams has a huge arm span 82” reach. But his style allows for his opponent to
fight his was inside and cause considerable damage 다운로드.

My guess is that it goes to the scoreboard again and the younger Williams taking a
close decision.

Prayers requested for the return to health of Archie Wright, 2, who wandered into
some dangerous substances.

Prayers for the complete return to good health to my old friend, promoter, and ex-
wrestler Jack ‘Moe’ Smith who had complete reconstructive knee surgery a couple
of weeks back. Moe’s a fighter and making a complete recovery.

Tough fighter and great competitor Scott LeDoux, who was always in shape (as I
prefer to remember him). Scott has ALS and has been given less than six months to

Sad to report that Genaro Hernandez’ cancer has returned. We ask for your
prayers to help “Chicanito” in his battle against this relentless foe.

Prayers for the return to health of Casey Guerrero, wife of popular boxer,
Robert. “The Ghost” is having a recurring bout with leukemia.

Please pray for my Aussie mates and Glove2Glove member John MacDougall,
who had to deal with health problems for his wife of many years, Gwen who is in a
nursing home. Both need your prayers for recovery and inner strength.

On behalf of these great fighters who have given their all in our great sport, we
thank you for your ongoing prayers.

If you know of any boxing people in need of spiritual uplift and/or prayers? Just
drop us a line. Membership is free to all and no one will ever contact you except for
prayer requests, or put your name on anyone’s mailing list. Every prayer request is
welcome and I know the recipient will appreciate it.

To join us, or just request needed prayers, drop Dave Wilcox a line at
ubtdave@earthlink.net

Glove2Glove, which has been a long-time integral part of the defunct Ringsports.com
magazine and website. It is a program I wish to continue a long after I have left the
sport and this earth. I want to thank Dave and Deborah Wilcox, who have offered to
take over the program and promised to continue it indefinitely. This generous offer
means a lot to me. We always welcome new members.***