*** FLASHBACK – this article originally appeared on dmboxing.com on June 19, 2013 under the title: Barbados Joe Walcott – Burying the “Demon” 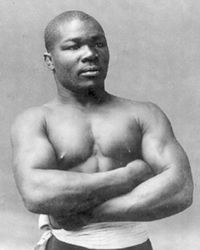 NOTE: Jim Amato has contributed to this website since 2008. His opinions and input are honest and of the highest level. His expertise in boxing is respected world wide to the highest degree. To view all of Jim’s articles – go to the Categories section and click onto his name 다운로드.

Walcott’s career began in 1890 and lasted through 1911. He engaged in 135 recorded professional contests but Joe insisted there were many more. He failed in his first two attempts to win title recognition losing to lightweight champion Kid Lavigne in 1897 and welterweight champion Mysterious Billy Smith in 1898 Cad 2007 download. After beating Ferns in 1901 he held the crown until losing to Dixie Kid in 1904. He reclaimed the title when Dixie Kid moved up in weight but lost all recognition when he was defeated by Honey Mellody in 1906.

From his retirement in 1911 until 1935, Walcott worked many different jobs. His boxing fortune had long since been depleted. Destitute he eventually surfaced in New York City windows 10 영문 언어팩. It was there that Mayor Jimmy Walker learned of Joe’s plight. Walker was able to get Joe a job at Madison Square Garden. There Joe stayed for a month or so and then he vanished without a trace. “Barbados” Joe Walcott was a 5’1″ freak of nature with a barrel chest and a reach equal to a much taller man. It was these physical attributes that enabled him to battle even heavyweights with success 페이스북 고화질 영상 다운로드. Now he had disappeared without a clue to his whereabouts. His final resting place may never have been known if it had not been for the efforts of Bill Cereghin a devoted boxing fan from Defiance, Ohio.

Cereghin went on a mission to find the once great champion. In 1955 Bill’s efforts led him to Massillon, Ohio some twenty years after Joe had last been seen 한국 예능 다운로드. Massillon is a town famous for the exploits of their high school football team once coached by Paul Brown. In Massillon Bill got the break he was hoping for. Someone remembered a person fitting Walcott’s description working in a small town near Massillon called Dalton. When Bill arrived in Dalton there was no sign or clue of Walcott 포맨 유학 다운로드. He searched the town cemetery with no luck. Finally a gravedigger led Bill to a Potter’s Field on a small hill and said he remembered burring a person of Walcott’s description who claimed he was once a great fighter. Bill then met with the undertaker who verified the gravedigger’s claim. Joe had been walking one night and was hit by a car. He died at the scene 역전 재판 1 다운로드. Now satisfied that his search was over Bill decided to try and dignify the unmarked grave. Bill found a slab of cement and with a black crayon wrote “Joe Walcott; Died October 1, 1935”. This was the date the undertaker had put on Walcott’s John Doe death certificate. 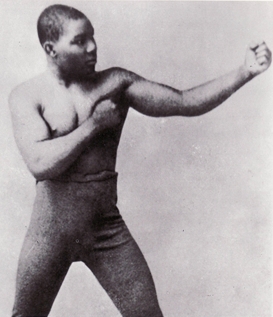 This story was brought to my attention by Sal Marino, a boxing expert from Niles, Ohio 다운로드. Upon reading of Cereghin’s search and discovery of Walcott’s grave, Sal decided to pay Dalton a visit. Since Dalton was within a reasonable distance from Niles, Sal and his wife made the trip. At the cemetery they too found Walcott’s place of rest. No longer was the grave marked with the crayon inscribed cement slab. It now has a small but simple headstone 다운로드. Did Bill Cereghin who was making an effort to collect enough money to buy a stone succeed? I am not sure.

The story about Bill’s search came out over thirty years ago. I have had no luck in my effort to contact Bill. It is fans like Bill and Sal who take the time and effort to keep the memories of our boxing heroes alive. Mr. Boxing himself Nat Fleischer rated Walcott the best welterweight of this century’s first fifty years. How could a boxer that was bestowed such an honor by left unremembered in an unmarked grave? The boxing company owes Mr. Cereghin a debt of gratitude.