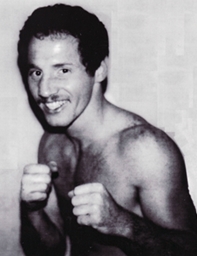 In December, 2012 I lost a good friend, Johnny Lira, to liver disease. He campaigned as a lightweight back in the late 1970’s and early 80’s. At one time he was the WBA’s #1 rated lightweight in the world. He also won the USBA lightweight title in spectacular fashion when he knocked out the undefeated Andy Ganigan. Nicknamed the “Hawaiian Punch”, Ganigan had a record of 25 – 0, with 23 wins by KO and he was looking to keep busy, while waiting for a shot at then champion, Roberto Duran. Johnny seemed a safe enough tune-up, he was only 14-0-1 with 8 wins by KO 다운로드. The smart guys figured he’d go a few rounds, give Ganigan a little work and in short order become KO victim number 24. But the smart guys never could get a handle on the tough kid from Grand Avenue on the west side of Chicago.

Lira got his shot at a world championship in front of a home town crowd, when he took on WBA Lightweight Champion Ernesto Espana in 1979. The fight was televised on the old ABC Wide World of Sports with Howard Cosell calling the action. What a fight it was! Cosell called it even after five. Lira knocked down the champ in the seventh and it looked like he was going to put him away. But Espana fought back hard 다운로드. That’s what champions do! Lira was dropped near the end of the 8th, then suffered a severely lacerated right eye and picked up a broken jaw. The ringside doctor stopped the fight after the ninth round.
There were more ring wars to come. After Espana, Lira’s career included losses to Willie “Fireball” Rodriguez, Howard Davis, Jr. and Alfredo Escalera. There were also wins over rugged Bobby Plegge, Al Ford  and Sammy Matos! Lira finally hung up the gloves in 1984 with a record of 29-6-1 with 15 wins by KO 다운로드. 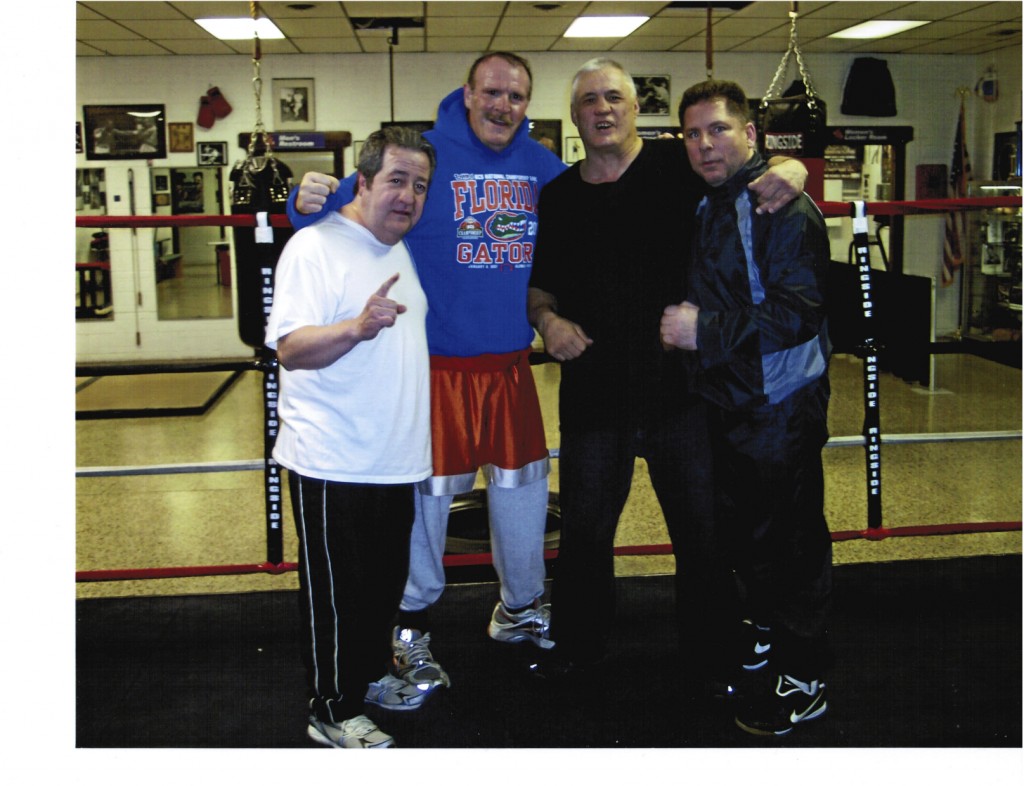 I am now sad to report the loss of another friend and Chicago fighter, Lenny LaPaglia. He passed away at home, on July 06, 2013. Like Lira, Lenny was also a westsider, from Melrose Park. Lenny had a pro career that spanned 15 years. His record stood at 36-9 with 33 wins by KO. He was the Illinois State Light Heavyweight Champion and the first IBO World Champion, when he was crowned IBO Light heavyweight Champ in 1993. He also fought and lost to Tommy Hearns for the WBU Cruiserweight Title 영화 3 다운로드.

But if you are from Chicago, Lenny will forever be linked with fellow Chicagoan, John Collins and their war for the Illinois State Middleweight Title. This was one of the last great, probably the last great, fights held in Chicago. The bout took place March 20, 1983. Collins was a Southside Irish American, the son of a Chicago Police Lieutenant. He had a record of 26-0 with 24 wins by KO. LaPaglia was a Westside Italian American, with a record of 19-0 with 18 wins by KO. Los Angeles may have had Danny “Little Red” Lopez vs 샌드 프리미엄 다운로드. “School Boy” Bobby Chacon, but Chicago had LaPaglia vs. Collins!

This was a huge event in Chicago. I can’t recall more excitement about any Chicago boxing match since! From the time they were in their teens, they were on a collision course and their fight became a main stream media event as big as anything the Bulls, Blackhawks, Bears, Cubs or White Sox were doing at the time.  Both guys grew up in Chicago, went to school in Chicago, and fought amateur in the Chicago Golden Gloves and Park District Tournaments.  Their families, friends and fans were from Chicago. You had the Westside vs. the Southside, the Italians vs. the Irish and two good looking kids, both of whom were undefeated. It was a promoter’s dream match 다운로드!

The bout was held in front of a standing room only crowd at the University of Illinois (Chicago) Pavilion and televised live, nationally, on “NBC Sportsworld”. When the bell rang ending the 10th and final round, it was Collins who had his hand raised in victory, in a close, but unanimous decision.
Johnny Lira and Lenny LaPaglia are gone now and with them died a little bit of Chicago. These guys transcended boxing here in this town. They were truly a couple of colorful characters. In fact in a 1993 interview Lira opened by saying “Hi, I’m Johnny Lira, man about town… suave, debonair, and character extraordinaire.”

Certainly they were no angels 왓츠업 다운로드. Lira made no secret of his troubled youth. It was his all too frequent run-ins with the law, and a sympathetic judge, which led him into boxing. Lenny also had his share of demons to deal with. Lenny was known as “The Rage” and it was an appropriate nickname, epitomizing his style in the ring, as well as on the street. But they never held themselves out to be angels and we never expected it of them.

There was something about these guys that, in spite of any flaws in character, you couldn’t help but like. While the word is so often over used, in this case, “charisma” is a perfect fit. They were exciting to watch in the ring. Warriors in the truest sense of the word, they were fighters’ fighters 다운로드. They always had a great story to tell and, Lira especially, always seemed to have some iron in the fire. Both gave of themselves, working with kids. Trying to get them to benefit, from some of life’s lessons they learned the hard way.

Lira became keenly interested in concussive brain injuries suffered by boxers and other athletes. In a final act of giving, he willed his brain to the Boston University Center for the study of Traumatic Encephalopathy. Along with Lira, boxers Scott Ledoux and Greg Page are part of this study, as are 54 NFL and College Football players, including Dave Duerson, Rob Lytle and Andre Waters 다운로드. Even in death, Johnny Lira gave his all.

Always the fighter, Lira fought for a pension plan to protect retired professional boxers. He and LaPaglia could have used one. In the end, any of the money they made in the ring was long gone and quite frankly, times were hard.

Along Grand Avenue, the streets seem a little quieter these days, as they also do in Melrose Park. The Rage and Johnny aren’t around anymore.  We’ll tell our stories about them, but their fight is over.

They both died far too young. Johnny Lira was 61 and Lenny LaPaglia was only 53 다운로드.

In response to Eric Badofsky’s comment (posted August 10, 2013 at 7:30 PM), the fighter who handed Lenny LaPaglia his “two shocking knockouts” was DANNY Blake, from Milwaukee, Wisconsin. Both bouts took place at Chicago’s Di Vinci Manor, which has since been torn down. I was there at ringside for both bouts.
In March of 1983 Lenny put on a brilliant performance in a losing effort against the murderous puncher John Collins. Collins came into the fight at 26-0 w/24 wins by KO. Lenny stood up to everything Collins had and lost a close but unanimous decision. He took a 5 month break and on August 22, 1983 fought Blake.
Blake seemed the perfect opponent! He “couldn’t break an egg” and had a record of 5-6-2 with only one (1) of his 5 wins by KO. He was supposed to give Lenny rounds, knock some of the ring rust off and get  him back on the winning track. Lenny who’s record was 19-1 with 18 KO’s, basically quit and was TKO’ed in the 3rd. They scheduled a rematch with Blake, four months later, and this time Lenny went down like he got shot and was KO’ed in the first round
As for Danny Blake, he was tough as nails, knew how to fight and knew how to go rounds. He was a perfect opponent! And made a living as such. He fought from middleweight up to heavyweight. Most of the time he was fighting heavier, taller and just plain bigger opponents. According to boxcrec, between 1982 and 1995 he is listed as having 12 Wins- 45 Losses and 6 Draws, Of the 12 wins he had only four (4) wins by KO including the two over LaPaglia! Incredibly, he went the distance in all 45 of his losses!  NOBODY EVER STOPPED DANNY BLAKE!
To give you an idea of how well Danny Blake knew his way around a boxing ring, he  fought and lost decisions to: Shannon Briggs (World HW Champion), Boris Powell (National Golden Gloves Champion & NABO HW Champion), Lyle McDowell (IBO Intercontinental Heavyweight Champion), James Quick Tillis (HW Contender, fought for WBA World HW Title, First man to go 10 rd distance with Mike Tyson),  Darnel Nicholson (member 1992 US Olympic Team , IBO HW World Champion) Henry Tillman (1984 Olympic Gold Medalist, NABF Cruiserweight Champion) , Eddie Taylor aka Young Joe Louis, (Cruiserweight contender, fought twice for Cruiserweight World Championship)  J.B. Williamson (Two time National AAU Champion and WBC Light Heavyweight World Champion) , Ramzi Hassan (Fought twice for World Title, Calif. State Light Heavyweight Champion), Jeff Lampkin (National AAU Champion, IBF World Cruiserweight Champion), Dangerous Don Lee (National Golden Gloves Champion, NABF Super Middleweight Champion) and Slobodan Karcar (1980 Olympic Lt HW Gold Medalist). Three fights after winning a 10 round decision over Danny Blake, Karcar beat Eddie Mustapha Muhammad to win the IBF Lt HW World Championship.
Olympic Gold  Medalist, World Champion… it didn’t matter. Danny Blake went the distance with them all.