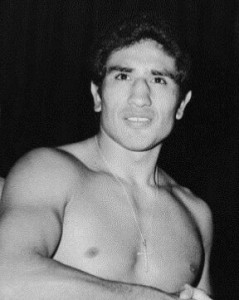 By Jim Amato / Senior Boxing Writer (contributed to “dmboxing” since 2008)

In the early 1970′s he was the hottest light heavyweight in the world 다운로드. He would eventually garner three shots at recognition as champion. All three would travel the true champiomship distance of fifteen rounds. In all three Jorge would come up short 씨프 하트 다운로드.
Jorge turned pro in 1968 in his native Argentina. In his home country he would meet future champion Victor Galindez four times. Jorge would win one by decision Skype apple download. On three occasions he was stopped by the great Galindez. They would meet again.

He split a pair of fights with the highly respected Avenamer Peralta 윈도우7 드라이버 다운로드. He also drew with the highly regarded Raul Loyola. When he decided to invade the US in the summer of 1973 he sported a 31-5-1 record. Little did he know the impact he would make when he hit New York City 다운로드.

He made his his N.Y.C. debut in July when he halted the rugged Hal “TNT” Carroll in eight rounds. He followed that by stopping Ohio’s smooth boxing Ray Anderson in eight. In September he outscored the always game and clever Jose Gonzalez. He ended 1973 by battering another tough Ohio battler, Billy “Kelly” Wagner in seven.

Jorge opened 1974 with an impressive stoppage of the highly regarded Bobby Cassidy. In the next three months Jorge defeated Vern McIntosh, Terry Lee and Angel Oquendo.

In June in Alberquerque, New Mexico Ahumada received his first crack at the crown facing the feared champion Bob Foster. It turned out to be a sloppy fight marred by low blows. The great Foster aged this night and many felt Jorge outhussled Foster. The bout was called a draw and Foster retained his crown.

Foster decided to retire and in of October of 1974 Ahumada was matched with John Conteh for the vacant W.B.C. version of the title.

John Conteh could have been an all time great. He was an outstanding boxer and a sharp hitter. He was also game to the core. His drawbacks, he was injury prone and he was no LaMotta in the whisker department. Against Ahumada he was at the top of his game and won the title with a well deserved decision.

In the hot summer of 1975 in N.Y.C. Jorge would get one more chance as he faced his nemisis Victor Galindez who had captured the W.B.A. version of the title.

Jorge hung tough but again Victor was the master and Galindez would retain his crown.
That was Jorge’s swan song. In November he would travel to Hamburg, Germany and lose to a fighter he had once defeated, Ray Anderson. That was it.

Jorge retired with a 42-8-2 ledger. He scored 22 KO’s. He received a lot of ink in the early 70′s but came up a bit short. He truly falls into the catagory of “Almost a Champion” !