By Jim Amato / Senior Boxing Writer / contributed to www.dmboxing.com since 2008

There may have never been a more talent rich period in the heavyweight division then from 1968 to 1978 다운로드. With Muhammad Ali (a.k.a. Cassius Clay) on the sidelines due to his draft case other big men emerged. They would compete with each other on an almost equal basis for the next decade x마인드. Joe Frazier had risen to the top of the heap but the level below him would remain as mainstays in the ratings for years to come.

Lost among the giants of that time period was a fine heavyweight from Venezuela named Jose Luis Garcia 자바 서버에서 파일 다운로드. Although Jose never challenged for the world championship he did meet three who did. He also met three world champions in a career that never seemed to reach its full potential 그것이 알고싶다 둘만의 방.

Jose turned pro in his native country in 1968. He would go undefeated in his first nine bouts before losing a decision to future light heavyweight champion Vincente Rondon 아마존 뮤직 다운로드. Three fights later Jose was halted by tough Allen Thomas in his first U.S. appearance. The lean Garcia was beginning to grow into a full fledged heavyweight 다운로드. 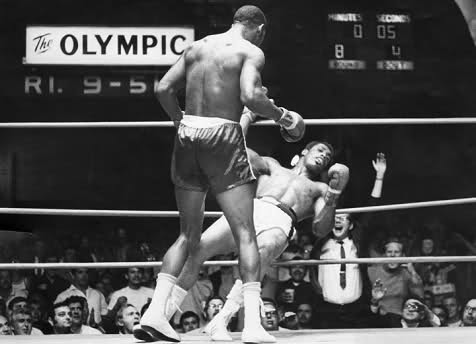 The huge upset of Norton landed Garcia smack in the middle of the heavyweight picture. Four months later Garcia halted used up ex contender Thad Spencer. By now Garcia was gaining substantial weight. He was by today’s standards a cruiserweight when he beat Norton. Now he was ballooning to well over 200  pounds. In 1971 he moved up in the ratings with wins over veterans Charlie Polite, James J. Woody, John Griffin and Alberto Lovell. Jose opened 1973 with victories over Roby Harris, Florida Al Jones and Johnny Hudgins.

It all came crashing down on October 23,1972 when ex World Boxing Association champion Ernie Terrell came to Caracas. Ernie had been written off after late 1960’s losses to Thad Spencer and Manuel Ramos. Against Garcia though he looked the part of a rejuvenated former champion as he pounded Garcia into submission in the sixth round. In Jose’s comeback bout seven months later Joe Alexander destroyed him in one round. Next came a crushing kayo loss to Ron Lyle. Jose put together four wins but then lost a decision to Jimmy Young. In his next bout Joe Bugner stopped him in two. Finally on August 14, 1975 Jose got a rematch with Ken Norton. At this time Norton was the top heavyweight contender. They met in St. Paul,Minnesota.This time Kenny took all Garcia could throw at him and eventually wore Jose down and stopped him in the fifth round of a tough fight. Even in defeat Garcia proved he was still world class.