By Tom Donelson (BWAA)
Author, Member Boxing Writers Association of America, and has contributed to dmboxing.com since 2008 다운로드.
Anthony Joshua faced Joseph Parker in yet another big heavyweight bout, occurring after three weeks fight when Deontay Wilder stopped Luis Ortiz in a thrilling bout that saw Wilder championship nearly derailed in the seventh round as Ortiz nearly knocked him out.  A tenth round knockout preserve his championship 다운로드.
When I grew up, the heavyweight was the glorious division and from the Ali era through Lennox Lewis we saw two different golden era of the heavyweight division, the first being Ali era from 1964 through 1978 when Ali won his original title before Joe Frazier defeated him in the fight of the century before George Foreman won the title from Frazier.   When Ali defeated Frazier and Holmes began the heavyweight champion after Ali first retirement and defeated Ali in his comeback.  The first golden era ended when Holmes defeated Gerry Cooney and after a short break, the second golden era truly began when Evander Holyfield, Lennox Lewis and Riddick Bowe fought for the Heavyweight championship with Mike Tyson 다운로드.

This era ended when Lewis defeated Vitali Klitschko and from this point, The Klitschko’s brother dominated the division but there were no classic fights for the Klitschko’s brothers during this period and Vitali retired to return to Ukraine and get involved in politics while father time caught up to Wladimir who lost to Tyson Fury and then in his last bout, he lost a classic battle to Anthony Joshua.  This bout saw Klitschko knock Joshua down in the sixth and nearly took his title back before Joshua stopped Wladimir Klitschko and ended the Klitschko’s era.

Now we may be witnessing a revival of the heavyweight division as Deontay Wilder defeated Luis Ortiz and remained undefeated in spectacular fashion.  Now Joseph Parker and Anthony Joshua fought to unify their portion of the title and the winner could face off against Wilder.
The opening round of Parker and Joshua saw a feeling out process with a battle of jabs as Joshua moved forward against Parker. During the second round, Joshua was getting closer to Parker who had yet to connect with a big shots even though he has landed three rights. None of those rights failed to do any damage.
During the third round, Joshua pressed the action as he forced Parker twice to the ropes but at this point of the fight, neither fighter has managed to hurt the other and this continued through fourth round. After fourth rounds, this was fight that was too close to call and it could be four to zero for one or the other fighter since every round was close.
In the opening minutes of the fifth round, Joshua landed the hardest punch, a left hook that moved Parker back but with a minute left, Parker landed a combination as he managed to frustrate Joshua throughout the round.
Parker landed a solid right that stunned Joshua and Joshua landed a solid right but countered by a Parker left hook in the sixth round.  I had this bout 4 to 2 for Parker but this could easily been the opposite.  Showtime Steve Farhood had it 3-2-with one even for Joshua. The sixth round saw Parker landing the more effective punches but another close round. 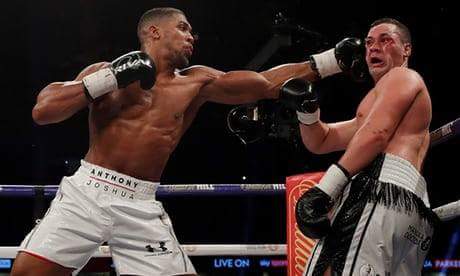 Joshua landed the best punch of the seventh round, an uppercut halfway through the round to put it 4 to 3 for Parker on my card. The eighth round similar to the seventh round with Joshua landed the best punches with a solid left hook and upper cut.
Joshua may have won the ninth round with the better power shots in another round that could have gone either way and with three rounds left, I had Joshua up by one 5 to 4.   Joshua has not yet show a consistent attack and while he may have leading on the scorecard but Parker defense frustrated Joshua.  The tenth round followed the previous two rounds as Joshua may have landed the bigger punches but another close round.  An inadvertent Joshua elbow opened a cut.
The eleventh round saw both fighters connected on good punches but Joshua may have landed a couple more punches and I had Joshua up 7 rounds to 4 rounds.  Joshua may have taken the final round in a fight that could have gone either way. Parker landed the more effective body shots and this along with movement slowed down Joshua offense but Joshua landed the more effective power shots.  Paul Malignaggi noted that Parker often fought off his back foot and it would be difficult to win rounds from hometown judges if Parker is moving back repeatedly and Malignaggi’s words proved prophetic.
The judges had the fight 118-110, 118-110 and 119-109 for Joshua, and while I had the fight closer 116-112 for Joshua and Showtime Steve Farhood had it 117 to 112.but this was not an overwhelming performance for Joshua.  He won because he won the last half of the fight by pressing the issue against Parker, who never landed enough meaningful punches to either hurt Joshua or win rounds.  On this night, this was Joshua night, barely. 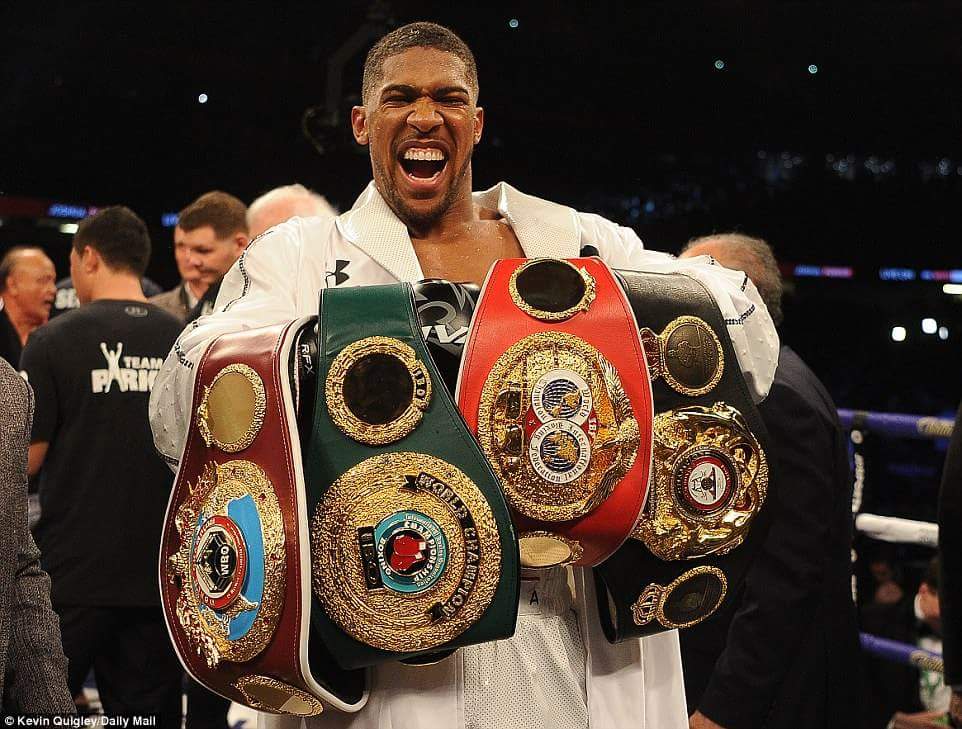 Anthony Joshua holds most of the cards in negotiating a bout in Wilder and he wants the fight in Great Britain and why not?  He can guarantee a filled 80,000 stadium and big PPV dollars to go with it. You would have to go back to the Tunney-Dempsey to feature a larger crowd at the bout itself.  The dance begins between Team Joshua and Team Wilder on where the fight will be.