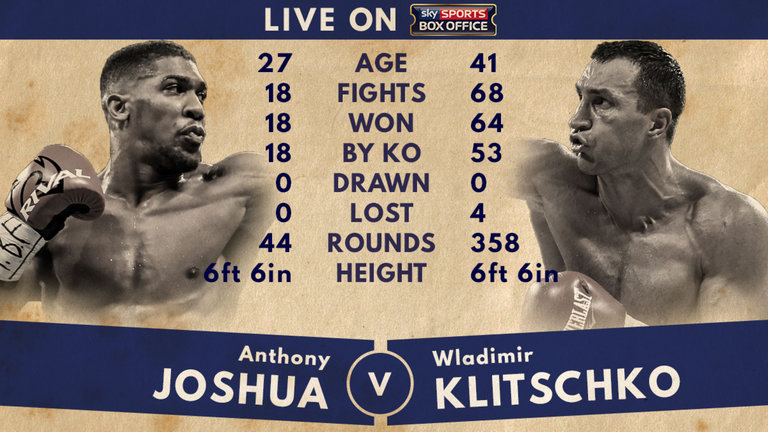 By Tom Donelson / Author, Member of Boxing Writers Association of America 살파랑 다운로드. Our mutual friend Rusty Rubin (R.I.P.) was instrumental in connecting Tom to contribute his expertise to dmboxing.com in 2008 – Tom is truly respected and appreciated by all 다운로드.

Wladimir Klitschko is nearing the end of his career and he will be facing Anthony Joshua, who may be the heir to the Klitschko brothers’ former control of the title 다운로드. From 2004 until Tyson Fury upset in 2016 of Wladimir, the Klitschko’s brothers have owned a portion of the heavyweight title  Wladimir won the WBO title in 2000 but lost his title with a upset knockout by Corrie Sanders in  and after regaining the title, he lost it in yet another knockout lost to Lamon Brewster.

Wladimir reputation was a big fighter with a glass jaw but when he teamed up with Emanuel Steward who directed Lennox Lewis’ career to the top.  From that point Wladimir along with his brother dominated the heavyweight as they beat one opponent after another.  Wladimir has participated in 28 title bouts and winning 25 of them, a heavyweight record but for many pundits, Wladimir has never been granted his place as a elite heavyweight as he fought in what many view as a weak era of heavyweights but like Larry Holmes before him; Wladimir and his brother Vitali may get their due years later.  Holmes was never consider one of the elites until years later when he proved competitive in his 40’s.

In his last bout, Wladimir looked every bit his age as he barely got his punches off against the awkward Fury but Wladimir failed to get his rematch as Fury self-destructed in his personal life 기아 폰트. Now he finds himself fighting Anthony Joshua, a knockout machine with 18 victories and 18 knockouts.  Over the years, Wladimir has faced better opponent and in 2014, he looked every bit the great champion when he defeated Leapai and Pulev but against Jennings, he won despite looking slow and even was deducted a point for too much holding 다운로드. Against Fury, he only connected on 52 punches for the entire fight.

Joshua has shown to be a knock out machine and no opponent has seen the eighth round and has shown to be a fighter with sound boxing techniques.   He is young and hungry to be recognize to be the best and defeating Wladimir Klitschko will make him the official king of the Heavyweight division 다운로드.

Joshua has only fought 44 professional rounds whereas Klitschko has fought 358 rounds but those 358 rounds but Klitschko has not fought since November of 2015 so he has nearly 16 months outside the ring and how this will affect his timing against a fighter who is fighting at his peak 윈도우 10 rs3 다운로드.

For Wladimir, this fight represent his place in history and convince boxing historians that he indeed belongs to be in the discussion among the elite of boxing history.  Yes he lost 4 fights but won 25 championship bouts in his 64 victories to go with 53 knockouts.  From historical point of view, he does have Hall of Fame credentials but Wladimir fought most of his fights over his past decades in Europe and invisible for many American boxing fans 윈도우 10 스팀 다운로드.

The odds are against Wladimir as the 41 year old fighter looks for one more shot for glory.  If this was the Klitschko of just a few years back, you can even make the case that he would be favorite but the Wladimir today is a fighter who looked unimpressive against Byrant Jennings and look old against Tyson Fury, a fighter that he would’ve demolish in his peak 제빵왕 김탁구 다운로드.

This is the most attractive fight in the heavyweight division as we may end up witnessing a changing of the guard with Klitschko fighting one more time for history and his legacy but for Joshua is fighting for recognition as the best heavyweight 다운로드.

If the Klitschko of 2014 shows up, this will be a competitive fight and Klitschko may take Joshua to territory he has never been. If the Klitschko who fought Tyson Fury shows up, Joshua wins easily and early.  So on April 29th, will this be redemption for Klitschko or will father time simply claim another?