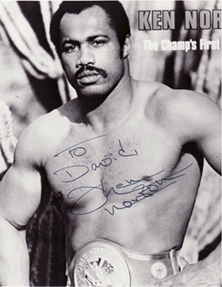 I consider my first meeting with Ken Norton to be the night of July 2, 1970 다운로드.  My late wife (girlfriend at the time) Constance and I went to the Olympic Auditorium in Los Angeles to see Ken Norton fight an unknown fighter from Caracas, Venezuela by the name of Jose Luis Garcia 다운로드. In what I call (to this day) one of the biggest upsets I have seen in any arena, Garcia knocked out the previously unbeaten Norton (16-0 / 15 by KO) in eight rounds 장기 무료 다운로드. 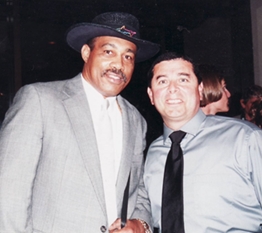 Ken Norton passed away on Wednesday, September 18, 2013 at the age of 70 셜록 시즌1 1080p 다운로드.  He is always remembered by boxing fans for his three fights with Muhammad Ali.

In that trilogy, he beat Ali in 1973 (breaking Ali’s jaw as well) in their San Diego bout by a split 12 round-decison 다운로드. Later that same year, he lost to Ali in Los Angeles by a split 12 round-decision.  In their final bout at Yankee Stadium in 1976, many, including myself, thought he beat Ali.  He lost the bout and his bid to gain the heavyweight championship by a close, but unanimous 15 round-decision 현대 산스 폰트 다운로드.

Norton is the only heavyweight champion never to win the title in the ring.  In March of 1978, he was declared champion by the WBC when Leon Spinks decided to fight Ali, in a rematch, rather than facing the #1 mandatory challenger – Ken Norton 다운로드.

In his first defense of the title on June 9, 1978 against Larry Holmes, a bout that I consider to be one of the best heavyweight fights I have ever seen, Holmes won a razor thin split decision. The fight was dead even on all scorecards going into the 15th round.  Holmes won that final round to win the fight and WBC belt along with it.

Ken Norton was a kind human being and will be missed by the boxing world.  In fifty bouts his official ring record was 42-7-1 / 33 by KO.  May his soul rest in peace in heaven with God.