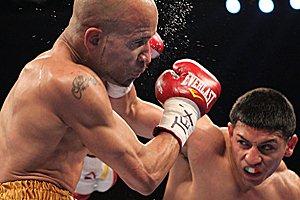 Showtime presented an undefeated Abner Mares move up to super bantamweight and provided Anselmo Moreno a national audience to show that he is one of the best small guys in boxing 다운로드.   Moreno, who came into the fight winning ten straight championship bouts, faced the confident David de la Mora.    In the opening bout, Moreno dominated the first half of the round as he jabbed before unleashing a straight left, which he did twice in the opening two minutes.  De la Mora attempted to go downstairs but Moreno slick boxing skills allowed him to avoid being hit 첨밀밀 영화 다운로드.

In the second round, Moreno became the hunter as he sat down on his punches and nailed De la Mora with solid straight lefts.  With forty seconds left, Moreno unleashed a right hook to De la Mora body which put De la Mora down for an eight count 저작권 없는 음악 다운로드.

Moreno continued his mastery over De la Mora in the third round as he took his time before unloading accurate shots to the head but the body shots hurt De la Mora.  Throughout the fourth and fifth round; Moreno simply boxed while avoiding many of De la Mora punches.  With a minute left in the sixth round, a straight left to the body sent De la Mora down for the second time and Moreno staggered de la Mora near the end of the round with another straight left to the head 다운로드. Next two rounds were simply a repeat of the whole fight as Moreno not avoided any rush by De la Mora, but Moreno continued to nail his opponent.  After the eighth round, David de la Mora did not come out as he had enough of being nailed with vicious body shots 마이 리틀 자이언트.

Moreno showed himself a skillful fighter who can unleashed body shots that paralyzed his opponent plus accurate head shots and in this fight He connected on over half of his punches while rarely getting hit, showing that he mastered all phrases of the fight game 다운로드.

In the next bout, Eric Morel was a former champion and he faced a younger and hungry fighter in Abner Mares.   The opening of the bout saw Morel jabbing and controlling the first two minutes and Mares closed the gap over the final thirty seconds as he bullied Morel to the corner 다운로드.

Mares continued to pressure in the opening minutes of the second round and landed a right hand as Morel staggered into the rope and followed up with a left hook.  Mares controlled the action and forced Morel to stand and fight osx iso. Morel managed to land punches but Mares punches were the more powerful. He ended the second round with a big right hand to send a message to Morel, “I will be in your face all night.”

Mares’ pressure forced Morel to retreat throughout the third round as he trapped Morel on the rope on couple of occasion but Morel managed to pivot his way out of the trouble and managed to connect on a sneaky right or two but Mares concluded the round with a devastating hook that once again staggered Morel avr studio 4 다운로드.

Within a minute of the fourth round, Morel no longer had the fluid movement of the first two rounds as body shots slowed Morel down.  Morel problem was could he survive another eight rounds as Mares dominated the round with his body shots and overhand right.

Morel managed to slow the pace in the sixth round as he pot shot Mares and showed the movement that he showed in the opening rounds for his best round of the first half of the fight. Unfortunately, Mares may have taken the round as he landed a solid left hook and a right hand over the final thirty seconds.

Beginning in the seventh round, Mares step up the pressure as he jabbed his way in before nailing Morel with left hooks and right hand.  Throughout the eighth round, Morel kept the fight mostly in the middle as his movement allowed him to set pace.  Morel managed to land uppercuts but at the thirty second mark, Mares nailed Morel with body shots after body shots off the rope but Morel did managed to land a solid left hook that momentarily stopped Mares.  If the eighth round featured Morel’s mobility, the ninth round saw Mares pounding Morel to the body.

Over the first minute of tenth round, Morel and Mares engaged in a brief firefight with both nailing each other with body shots.  Morel continued to throw punches but his punches did not seem hurt Mares and when Morel connected, Mares answered back immediately.  Mares took Morel to a new place as Mares threw one power punch after another as Morel stood his ground, occasionally countering but not enough to win the round. Going into the last round, Mares may have been up on the score cards, he also had a bloody nose from Morel uppercuts.  Morel went for broke, knowing that his days as championship contenders were on the line.  Mares connected on solid right hands but Morel continued to connect with solid combinations.  Both men went toe to toe and with thirty seconds left, a Mares right hand shook Morel but Morel stood his ground off the rope by throwing his own combinations.  The fight ended with both men going for broke.

Mares won a unanimous decision but it was not as easy as the scorecard showed.  Morel landed some solid shots and while he was easily outpunched, he kept each round competitive.  Mares showed that he may be one of the best fighters in the world.  Over the past year, he has fought some of the best bantamweights and he is climbing up the rank of pound for pound fighters.  Some might want to see a bout between Moreno and Mares, a contrast in style between a pressuring boxer-puncher against a defensive wizard.