By Tom Donelson / Member Boxing Writers Association
Juan Manuel Marquez faced the ferocious Mike Alvarado in a battle that would determine the future of both fighters.  Before the main event, undefeated Ukrainian Viktor Postol faced Turkish Seluck Aydin in a battle of junior welterweights 다운로드. 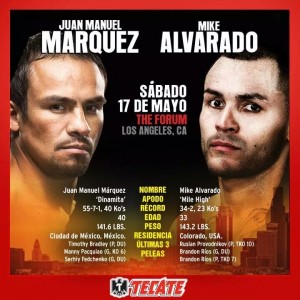 Postol began the first round by boxing and even added a couple of left hooks to the body but with thirty seconds left in the opening stanza, Aydin nailed Postol with a left hook of his own that sent Postol reeling.  Postol landed 26 punches to Aydin 12 punches but it was Aydin left hook that stood out 드라마 시티헌터 다운로드.
Aydin landed three solid left hooks in the second round but Postol started to gain his rhythm as his boxing skills control the real estate against Aydin through the fourth round.  Postol even landed body shots while Aydin forsake any body work for the first five rounds.
Going into the second half of the fight, Postol had the fight in control as he connected more than doubled than Aydin and in the early minutes of the seventh round; Postol shook Aydin with a right hand that concluded a five punch combination. In the eighth round, Aydin nailed Postol with a solid body shot that hurt Postol and over the final minute of the round, Aydin pressured Postol.  Postol did not allow the eighth round affect his performance in the ninth round as he boxed beautifully while countering effectively.
While Postol is not a hard puncher, he certainly marked up Aydin face and Aydin lost a point for hitting behind the head in the later rounds.  Postol continued to throw punches in bunches as Aydin quit throwing punches to block punches coming at him. Postol threw a series of punches that included two big rights that hurt Aydin but it was a left upper cut that sent Aydin down for good as Postol won a knockout victory. Postol landed more punches than what Aydin even threw.
Mike Alvarado was the bigger fighter against the soon to be Hall of Fame fighter, Marquez.  Alvarado chose not to come out aggressively but instead decided to allow Marquez to lead in the opening three minutes. In a like a close opening round, Marquez landed a few more punches including a two rights and a left hook.
Over the first three rounds, the forty year old Marquez looked the quicker of the two fighters and landed some solid combinations plus added some good body shots.  Marquez looked like he discovered the fountain of youth as he simply proved a superior technician against the younger Alvarado.  Alvarado started to pressure Marquez in the fifth round but he simply became a target of Marquez’s counter punching.
Marquez pitched a shutout for the first six rounds and Alvarado needed to pound Marquez to get back in the fight.  Marquez continued to out box and out punch Alvarado throughout the seventh round.  Marquez landed a big counter punch near the end of the eighth round that sent Alvarado down for a brief eight count and the bell may have saved Alvarado.  In the opening minute of the ninth round, it was Alvarado who landed a right that sent Marquez down for a quick eight count. Marquez got back up and landed a four punch combination. Alvarado moved forward and took Marquez big shots in an attempt to land one more big shot.  Alvarado left eye started to swell and the cut underneath the eye bleed profusely but he finally gave his fans something to hope for.
Marquez used his counter punching to land several big shots throughout the tenth round to recapture the momentum that he lost earlier.  In the eleventh round, Marquez moved effectively while nailing Alvarado throughout the round but Alvarado right hand nearly sent Marquez down but Marquez kept his balance and stayed upright.  The twelfth round was another Marquez round as he simply avoided Alvarado shots and countered with hard shots. As the fight ended, Alvarado left eye was swollen.  Marquez landed nearly half of his punches and he showed that at 40, he is still one of the world’s best.