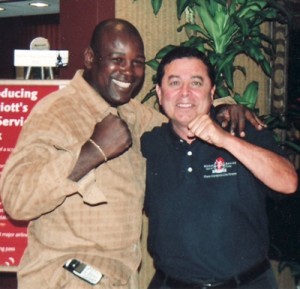 Earlier this week, on May 25, 2014, former WBC light heavyweight champion Matthew Saad Muhammad passed away 다운로드. He was 59 years old.

Matthew was born on August 5, 1954 in Philadelphia, PA, with the name of Maxwell Antonio Loach. His mother died when he was an infant and he and his older brother were sent to live with their aunt 마이 리틀 자이언트. At the age of five, his aunt could not afford to look after both of them. Matthew was taken to Philadelphia’s Benjamin Franklin Parkway Center from which he ran away 다운로드. He was then taken in by Catholic Social Services. The nuns gave him the name Matthew Franklin, naming him after a saint and the location where he was found 다운로드. Matthew lived in foster care until a loving couple adopted him, raised him, and took care of him like he was their own.

Matthew was a very action style boxer osx iso. He was known for his ability to take punishment and mount comebacks. He won the WBC light heavyweight title from Marvin Johnson on April 22, 1979. After eight successful title defenses he lost the title to Dwight Muahmmad Qawi in December 1981 avr studio 4 다운로드.  In a rematch in an attempt to win back the title in August 1982, he lost again to Qawi.

Matthew fought all the top fighters in the light heavyweight division in his career, including Mate Parlov, Marvin Camel, Eddie Mustafa Muhammad, Richie Kates, John Coteh, Lottie Mwale, Vonzell Johnson, Pete McIntyre and Murray Sutherland 다운로드.  His 14th round knockout against Yaqui Lopez, on July 13, 1980, was one of the best light heavyweight championship fights that I have ever seen, and was voted “The Fight of the Year” by Ring Magazine and other boxing sources 다운로드.

I was blessed to have met Matthew in my tenure as a Board of Director with the World Boxing Hall of Fame. He was such a lovable person and always made himself available with kindness to the fans for pictures and autographs avi 코덱 다운로드.

Matthew will certainly be missed in the boxing world and by many that knew him. May his soul rest peacefully with God in heaven.