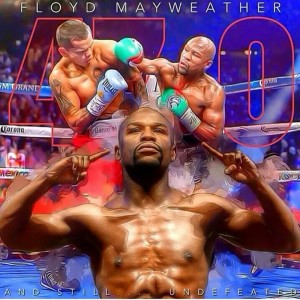 When Floyd Mayweather faced Jose Luis Castillo in his rematch, he learned from their first encounter and out boxed him to win an easier victory in their second bout.  The same thing happen last Saturday night as Mayweather learned all the right lesson from his  first bout with Maidana and out boxed the Argentine for an easy victory 스타크래프트 1.161 립버전 다운로드.

Starting in the first found, Floyd jabbed and maneuver around the ring as he slipped Maidana’s punches. When Maidana fired up a one-two, Mayweather merely blocked the punches.  Maidana attempt to jab his way in throughout the second round but Mayweather slipped them and he simply drilled Maidana with combinations 웨딩 사진 다운로드. At the end of the round, he landed a solid right.

Mayweather landed counter rights throughout the third round and as Paul Malignaggi noted, “When his back hit the rope, he moved off.”  Maidana landed his first big punch at the end of the round and he closed the gap throughout the fourth round.  This round resembled the first fight as Maidana wailed away at Mayweather as Mayweather played defense on the rope 정글플래셔 다운로드.

Mayweather didn’t repeat the fourth round as he began the fifth round with a three punch flurry and controlled the round with his jab and added sharp right hands.   Maidana attempted his bully tactics in the sixth round as he pushed the action and even landed a big right hand but many of his punches were avoided by Mayweather.

At the halfway mark, Steve Farhood had Mayweather ahead five rounds to one and observed that if Maidana couldn’t keep Mayweather on the rope, he was going to lose.  This is pretty much happen over the second half of the fight.  By the end of the seventh round, Mayweather landed half of his punches and he slipped eighty percent of Maidana’s punches nor did Maidana land any hard punches.

The eighth round saw one of those strange moments that can only happen in boxing as Mayweather jumped as he told the referee that Maidana bit his hand. The replay was inconclusive and Mayweather continued his mastery.  Mayweather landed counter right hands against the onrushing Maidana throughout the tenth round and ended the round with a big left hook,

Maidana needed a knock out to win the bout but Mayweather boxed the final three minutes as he played the boxing version of four corners. Maidana pressed the action but couldn’t connect on the big punch, losing a unanimous decision.

In the post-fight, Mayweather only gave himself a C and added that he got hit with punches that he shouldn’t.   He stated the key to his success that he didn’t stay on the rope while Maidana insisted that he won the fight and wonder why the judges should give the bout to a “boxer who runs.” Probably because he failed to hit Mayweather with any meaningful punches plus Mayweather hit Maidana at will.

Mayweather showed himself at the age of 37, he is still the master and design a strategy based on his previous fight with Maidana.  Money Mayweather has now won 47 fights in a row.

The preliminary fights featured James De La Rosa destroying Alfredo Angulo over ten rounds as he knocked the Mexican down in the second round and his punches swelled Angulo’s face.

Mickey Bey and Miguel Vazquez fought for IBF lightweight and while Bey won a split decision, the fans were mostly bored by what they saw.  Leo Santa Cruz-Manuel Roman had more action in two rounds than Bey and Vazquez provided in twelve rounds as Cruz stopped Roman after less than six minutes of action as he defended his title.