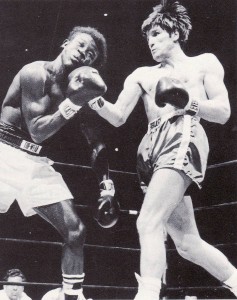 Nino Benvenuti was a celebrated Olympic hero and undefeated as a professional until losing an extremely debatable verdict in Korea 다운로드. He came to New York and captured the American fans with his suave, arrogant demeanor. He took two out of three against the great Emile Griffith and he was the middleweight champion of the world 다운로드. New York City fell in love with him. There was an impressive defense against the capable Don Fullmer, brother of Gene, who Nino dominated. There was a questionable diqualification win over Fraser Scott in a fight that seemed to be going Scott’s way 다운로드.
We saw Nino come from behind to salvage his title with a stunning one punch knockout over the legendary Luis Rodriguez. He drew with rugged Doyle Baird in a non-title contest at the Akron Rubber Bowl, but most people thought he lost. He was unable to continue in Australia against the torrid body attack of under rated Tom “The Bomb” Bethea in another non-title bout. To Nino’s credit he halted Bethea in a title fight rematch soon after. He also stopped Baird in a non-title return.
Nino had some ill-advised thoughts about moving up to challenge Bob Foster for the light heavyweight crown. First he had to get by former titleholder Dick Tiger. The stronger Tiger handled Nino with ease, thus ending Nino’s illusion of competing against Foster.
It looked like a safe defense when he agreed to meet ranked but undistinguished Carlos Monzon of Argentina. The best thing on the Monzon resume was a draw with rugged American Bennie Briscoe. This fight marked the beginning of the reign of “King Carlos”. Monzon out-toughed and outlasted Benvenuti to win the middleweight crown via a twelfth round knockout. Nino would get a chance to regain his former fame but before that happened he lost a decision to another Argentine warrior, Jose Chirino in a tune up bout. Monnzon-Benvenuti II was a total mismatch. The bout was stopped in the third round. This was the end of Nino’s career.
Looking back I remember my Italian boxing heroes… Graziano, Marciano, LaMotta, Basilio and DeMarco. Throw in a clever, but tough Giardello and you can get a picture of what I was looking for. Nino didn’t fit the bill. He was not of the same mold. I’ve never seen a fighter complain to the referee like Nino used to. Nevertheless looking back at his career I’ve gained more respect for his clever boxing style. He had a good jab and he was a fine counterpuncher. He was game and had fierce pride. He fought back hard when in trouble and every now and then he showed one punch KO power.
After his career ended Nino became a successful and highly distinguished businessman. He was a color commentator for boxing matches and remains tremendously popular in Italy. I was deeply touched a few years back when Nino helped out former foe and fellow Hall Of Fame member Emile Griffith. The great Griffith had fallen on hard times and the classy Benvenuti reached out to assist him. A sincere act of kindness.
What I learned from Nino is not every Italian boxer has to fight like Rocky to be great.

One thought on “Nino Benvenuti: A Different Mold”