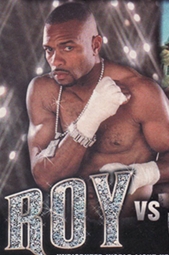 Where would Roy Jones Jr. have fit in during the talent rich 70’s and early 80’s? I have picked who, in my opinion, were the ten best light heavyweights of that time period. Eight were champions and two were long time contenders. I then matched each against Roy in scheduled fifteen round bouts as they were back then. Based on my recollections of these boxers talents, I have formed the following scenarios.

PIERRE FOURIE – Pierre was a gifted boxer, but a light hitter 다운로드. What saw him through two wars a piece against Bob Foster and Victor Galindez was his craftiness and his durability. Those same attributes would probably carry him fifteen rounds against Jones. Fourie would steal a few rounds, but drop a rather one sided decision.

YAQUI LOPEZ – Yaqui fought them all; Galindez, Conteh, Saad Muhammad, Spinks, and Rossman. He was a strong, durable fighter with a decent punch. His draw backs were slow hands and feet and that he cut easily. Roy eats up slow fighter. This one would have resembled Jones bout with Del Valle gp pro download. Jones by shutout decision or late round stoppage.

MARVIN JOHNSON – This one could be interesting. Marvin’s southpaw style and aggression may surprise Roy. In the early going. Roy would have his hands full. Marvin was like a wind up toy though and as he started to slow down Roy would begin take over and punish him. Jones by knockout between rounds 7 and 10, but it would be exciting while it lasted.

VICTOR GALINDEZ – Styles make fights and Victor was made to order for Roy 다운로드. Victor’s style of leaning against the ropes and covering up while waiting to throw counter shots would be suicidal against Jones. Galindez was a tough guy and I don’t know if Jones could have knocked him down, but Roy would have cut him to ribbons. The fight would be stopped within ten rounds.

MATTHEW SAAD MUHAMMAD– Try as he might, I don’t think Saad would be able to catch Roy with his hammer like right hand. I think Roy would box cautiously respecting Saad’s power. Jones would be in and out punching in flurries and piling up points. Saad’s tendency to cut could play a role here. Jones by decision or late round stoppage.

DWIGHT MUHAMMAD QAWI– The didn’t call Dwight the “Camden Buzzsaw” for nothing. This man was mean aggression done with style. A prime Michael Spinks and Evander Holyfield had all they could do to edge past him. Styles make fights and this is one style that could trouble Roy. Jones would have to box Qawi just like Holyfield did in their first fight. It would be all action and I wouldn’t be surprised if Roy didn’t hit the canvas in this one. Qawi might too. Roy has a lot of good qualities but he has yet to prove he has Holyfield’s heart. I’ll go out on a limb and take Qawi by decision.

MICHAEL SPINKS – How can a fighter do so much wrong and yet never lose a fight at 175 pounds? The “Spinks Jinx” is how. Roy would respect Michael’s power but Spinks looks so easy to hit that Roy would try to go after him. Jones would land his share of shots, but Mike’s twisting, turning style would keep him from putting too many together. When there is a lull in the action Spinks would trade jabs with Jones on a fairly even basis. As the bout wears on past the tenth round Roy is becoming frustrated by Mike’s style. Although ahead on points Jones in his frustration gets careless and the “Spinks Jinx” takes him out. Spinks by a late round come from behind knockout.

BOB FOSTER – The most intimidating light heavyweight of our time. I honestly think Bob would come into this bout with a strong dislike for Jones. You don”t trash talk Bob Foster and we know how Bob gets when he’s angry. Remember Vincente Rondon? That’s not saying that Roy is anything like Rondon, but Jones would be facing a man who was jabbing on even terms with Muhammad Ali !!! Roy’s speed would give Foster trouble early on but Roy would have trouble getting past Bob’s jab. I think once Roy tasted Foster’s power he’d be on his bicycle for the rest of the evening. This could be like Foster’s bout with Ray Anderson. Foster by easy decision or by kayo, anytime.
EDDIE MUSTAFA MUHAMMAD – This may have been more competitive at 160 pounds. At this weight Eddie, although a dangerous puncher, was slow. He would try to counter punch Roy with little success. Jones would out speed and out box Eddie and win an easy, boring decision.
JOHN CONTEH – Conteh may have been one of the best boxers to come out of England in the last thirty years. In his prime, he was a masterful boxer and a hard puncher. This could have turned into a chess match and there would be some exciting exchanges. The difference here would be Roy’s slightly quicker hands and Conteh’s weak chin. Jones by a hard earned decision or a late round stoppage.
Well I’m sure I’ve rubbed a lot of Roy Jones fans the wrong way. The three boxers I picked to beat Roy are all in the Hall Of Fame so there is no shame there. Roy dominated a weak division for a very long time. Although not his fault, it is very difficult to determine how good Roy really was. By the time some tough competition appeared, Roy’s skills had started to erode. Antonio Tarver and Glencoffe Johnson are very good fighters and worthy champions. Still I’ll aways feel that a prime Roy Jones Jr. would have handled them.