Both boxers were cut in the bout and covered with blood like an old time Rocky movie.

Saucedo dropped Zappavigna in the third round, but Lenny amazingly fought back with a tremendous will to win 다운로드.

In round four Zappavigna battled back fiercely non stop, with the round certainly a contender for Round of the Year.

Saucedo regained his composure and used his jab effectively to win round five 다운로드.

In round six, Zappavigna’s left eye was closing rapidly and his face became a mass of blood as the action continued.

As round seven began, it became apparent that the end was near.  With less than 30 seconds left in another exciting round, Lenny’s corner had seen enough and threw in the towel. The time was 2:31. 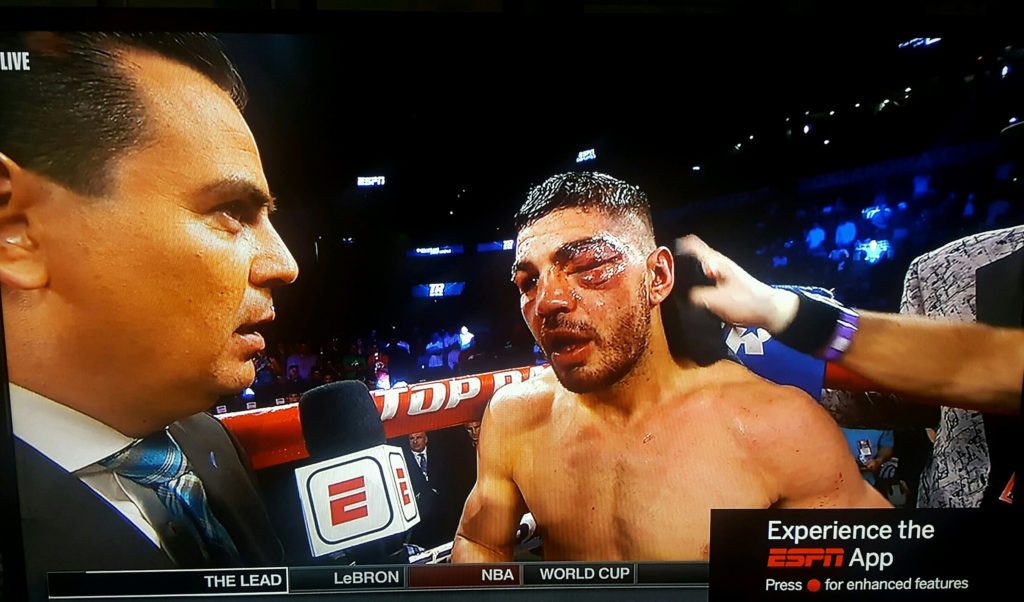 The fight surely is a candidate for Fight of the Year and, without doubt, the fourth round the top choice for Round of the Year… here is the video link viewing Round Four: