By Tom Donelson (BWAA)
Author, Member Boxing Writers Association of America
Contributed to dmboxing.com since 2008
Danny Garcia and Shawn Porter fought a tough, close bout that could have been scored either way.  I had the fight even and so did Showtime Steve Farhood but the judges gave the edge to Porter.  Garcia was the more accurate puncher, Porter the more active fighter.  Most of the rounds were close, close enough that a punch here and a punch there decided those rounds.  It was a tough fight to score 광복절 노래. 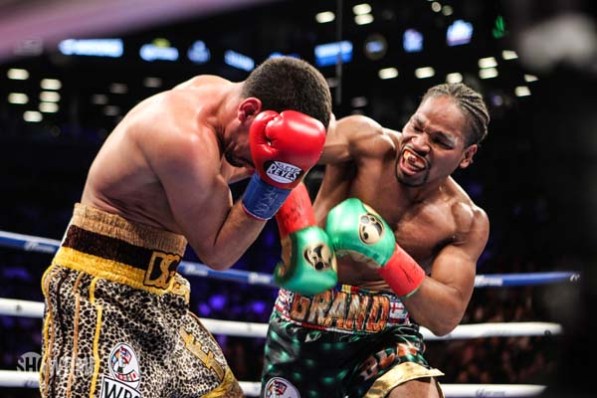 Both fighters fought to their strength as Porter starting in the third round fighting on the inside in a brawling fashion while Garcia counter punch effectively, in particular with his left hook.  The fight came down to which style the judges preferred and what they were able to see.  They gave Porter credit for his body shots and his activity versus Garcia counter punching 더 히트 다운로드.
In the fourth round, Porter brawling style pervaded as he landed solid rights to the head after connecting with body shots whereas in the last round, Garcia landed solid punches including left hooks that connected cleanly and slowed Porter assault down 오늘밤에 mp3 다운로드.

While many writers at the fight had Porter winning, much of it due to his activity level as one pundit tweeted “It’s getting interesting. Porter is up 4-2 on my scorecard. He’s just busier. Garcia is more accurate but isn’t throwing enough. Always been my concern with Swift.”  This pundit favored the aggressive style of Porter and another pundit observed at the halfway mark, “Close round but I give it to Garcia 10-9. Porter just trying to maul him and it’s not really working. Garcia, 59-55.” You had two pundits seeing the same fight and one had Porter up 4 to 2 and another had Garcia up 5 to 1 halfway through the fight.

It was one of those fights where both fighters acquitted themselves well and neither fighter stock went down as a result of this fight. Both are still among the elites of the welterweights which is one of the deepest division in which you have championship caliber fighters itching to start fighting each other.
Among the Champions include Terrace Crawford, Errol Spence, Jr., and now Porter plus you still have ready to compete, Danny Garcia and the undefeated Keith Thurman who vacated his belt while recovering from injuries.  (Thurman has beaten both Garcia and Porter in competitive bouts.)
And I haven’t even brought up Amir Khan, Kell Brooks, Jeff Horn and even Yordenis Ugas who looked impressive in the undercard.  Then there is Manny Pacquiao, who may not be the fighter he once was but a big enough name to attract someone attention.
Over the next few months, there are plenty of great fights to put together and it looking like Spence is ready to fight Porter for their version of the title and when Thurman comes back from his injuries, he will be an attractive fight for one of the others to fight.  Terrace Crawford showed why he is a legitimate candidate when he smoked Horn and will face the undefeated Jose Benavidez, Jr. who has won his last two fights by knockouts and has 18 stoppage in his 27 fights so far.  Crawford triumphs against Benavidez, he is line for a mega fight with one of the others.
I still view Spence, Jr. as the best in the division but he has a tough fighter in Porter who has shown that his style can neutralize a good boxer-puncher as he did against Garcia.  Garcia showed that he is still a good counter puncher and if Thurman returns to form, he was as good as combining both boxing styles and punching power as any in the division.
Crawford is another who combines all of the elements of boxing and power, both as a junior welterweight in which he dominated and unify all of the titles before saying goodbye to the division and as a Welterweight.
What is most impressive about this division is that most of the leading fighters in the division are multi-faceted fighters who can box and punch.  They can fight on the outside but also comfortable in close combat so all of these fighters present challenges to the others in the division and so far, most of these fights have been close. The Spence victory over Brooks went eleven rounds before Spence stopped him.  Porter have lost to Thurman and Brooks in close bouts, Garcia lost to Thurman and Porter in close decisions that could have gone the other way and Thurman has scratched out two very close decision over Garcia and Porter. No one has yet to dominate this division but by the end of the 2019, we may have one champion overall but that depends upon promoters putting these bouts together.