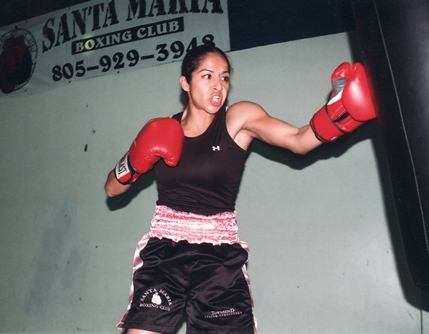 I have followed boxing now for about half a century and I truly consider myself blessed meeting so many wonderful people in that tenure. The past twenty-five years I have also been blessed being involved in working with amateur fighters in local boxing gyms in which I have met many kids that have delighted in my teaching and expertise 맥용 포토샵 무료.

In August of this year, I, along with Henry Calles, a former amateur fighter and owner of Duke’s Boxing in Isla Vista, California, took one of our young fighters to a show in Lompoc, California. These shows are a showcase for all amateur boxers, male and female, and are simply a treat for boxing fans to come out and support their fighters.

Once at the Lompoc arena, we were preparing our male fighter for his fight 다운로드. Off in the distance, I couldn’t help but notice a young girl warming up with her trainer prior to her fight. I must admit that I was distracted because of the excellent shadow boxing and mitt work that I observed. I knew right then and there that this girl was special, and so I anxiously waited to see her fight in the ring.

When her bout came, I sat close to ringside and I was very impressed to see this young female boxer do her work in such an amazing style; a beautifully executed left jab and complete focus in the ring 다운로드. After winning a three round bout by decision, I knew that I wanted to do a feature story for my website to showcase her and what she represents in female amateur boxing. Her sportsmanship and ring generalship is what really impressed me the most.

After her bout, and after she changed from her boxing attire, I went up to her and simply told her, “Congratulations to you 통화내역 다운로드. My name is David Martinez and I am here with a fighter as a boxing coach, and I sure enjoyed watching your fight and I wish you luck in the future.” Her response was a shy thank you. As other people came up to acknowledge her performance that night, it came to my attention how gracious she was in thanking them for coming to watch her in the ring 드래곤과의 춤 다운로드. Little did she know that I would be connecting with her again in the not too distant future to do my story. Little did I know what a wonderful young lady I would grow to know and enjoy.

Her name is Maggie Suarez, 28 years old, from the Santa Maria, California Boxing Club, with a ring record of 10 wins, 3 losses to her credit 다운로드. I again caught up with her and her trainer Willie Flores in October, at another amateur show in Solvang, California. So, I set up a date to go watch her workout and train, and to conduct my interview and take pictures at their Santa Maria gym location.

Maggie actually started boxing a couple of years after supporting her son (Angel) in boxing and said to herself, “Hey I like this, I can do this” and the rest is history 다운로드. She teamed up with Willie, and he took her under his wing and has helped her to become the excellent boxer she is today. Willie is a former Golden Glove champion, winning that title (118 pounds) in 1964 at the Olympic Auditorium in Los Angeles. He describes Maggie in two words “self-motivated.” In the little time that I personally have come to know Maggie, I see clearly that it’s her attitude and willingness to be the best that elevates her to another level in women’s boxing 뉴먼 애슬레틱스.

Maggie has a BA degree and teaches at a local elementary school. She is currently working on a Masters degree in Education and is at the gym almost every day training. For those of you who live on the Central Coast and would like to see Maggie box her next bout, it will be on Saturday, December 11, 2010 at the Minami Community Center, 600 W 울트라 다운로드. Enos Drive, Santa Maria, California 93454. For further information regarding the event, contact Carlos Ruiz, Jr., USA Amateur Boxing, (805) 868-9874.

On a closing note, Maggie must of caught more than my eye. Last month she was asked by promoters to box an exhibition prior to the Showtime ShoBox professional card at the Chumash Casino in Santa Ynez, California vmware 무료버전. And because she was so impressive, she was asked to do the same prior to the next Showtime ShoBox fight card at the Chumash Casino on December 3, 2010.

To say Maggie just caught my eye is truly an understatement! This outstanding young lady, with her style and attitude, is hard not to notice. I wish her only the best with her accomplishments in the ring, as well as with her priorities outside the ring – raising her family and pursuing her education.

Posing Prior to Workout 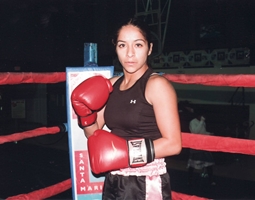 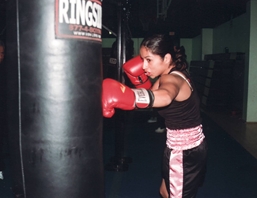 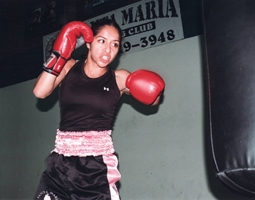 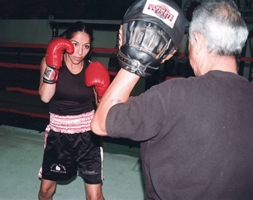 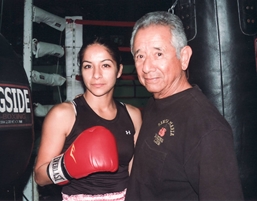 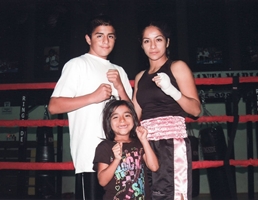 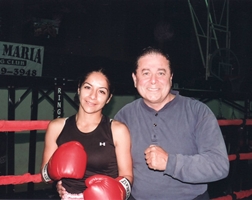 3 thoughts on “She caught my eye… Maggie Suarez”