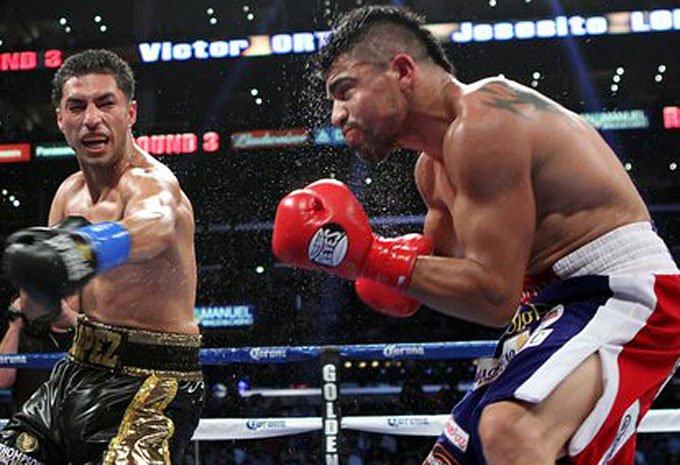 By Adam Pollack
(GUEST POST)
Humberto Soto and Lucas Matthyse really went at it 다운로드. Both came to fight and fight hard. Soto was faster and showed some good skill and generalship, but Lucas Matthyse is an absolutely monster of strength, stopping Soto in the 5th round 자바 url 호출 파일 다운로드. You simply cannot outfight the guy, and even if you try to outbox him, he’s going to track you down and club you to death. Fun fighter. Can’t wait to see him again 록맨 9. Soto is still a darn good fighter and has entertaining fights left in him, but he can’t war with a big strong 140 pounder, and either belongs at 135, or needs to fight a 140 guy who is not so darn powerful 다운로드.

It didn’t seem possible, but the Victor Ortiz – Josesito Lopez main event topped it. Josesito Lopez put on the surprise performance of the year and pulled off the upset of the year 다운로드. I was really impressed. He showed speed, combinations, ability to lead or counter, enough power to stun Ortiz on several occasions, gameness, not being afraid to mix it up, versatility, being able to attack or box as he chose, and serious heart, for he took some mighty powerful blows that left his face puffy and marked up, and he was slightly stunned here and there, but he also showed intelligence by clinching and wrestling to take away Victor’s momentum 다운로드. Fight reminded me of the Ortiz-Maidana bout in that both guys administered and absorbed a lot of punishment. Lopez was loose and relaxed, busy, in great shape, and obviously highly motivated 다운로드. Ortiz showed toughness too, for he was taking bombs and bombing back, trying to make adjustments, successfully to some degree, which actually had him ahead on the scorecards at the time of the stoppage.

Ortiz retired in his corner after the 9th round, claiming a broken jaw 코드 블럭 다운로드. I believe him. His mouth was hanging open and he was having troubles closing it, and even when he spoke in the interview he sounded like he was having a speech impediment with that jaw 다운로드. After he went to the dressing room you could just see the blood oozing from his mouth, and he still could not close his jaw.

I know a lot of folks will criticize his heart, and even I was tempted to do so, but upon further reflection, I think he deserves better from the fans and media, for he treated us to a wonderful war 컴퓨터 블루투스 다운로드. If you play safety first and stink it out, you won’t get your jaw broken and no one will criticize your heart. I think he showed heart by fighting a competitive battle and taking a lot of hard blows and going at it as hard as he could until his jaw just couldn’t handle it any longer. True, there are those who showed more heart by continuing with broken jaws, but that does not mean Ortiz has no heart for not doing so. He took a lot of punishment. Ironically, he probably won the 9th round. But he was in there with a live, frisky guy who had enough pop to hurt him, and if Victor could not close his jaw, he was going to get badly injured from that point on. Bottom line is Ortiz needs to learn better defense. If you take blows that cleanly and often, you aren’t going to last long.