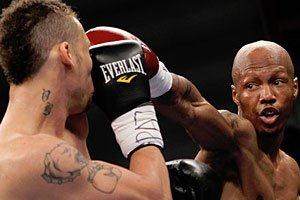 Tomasz Adamek fought Nagy Aguilera in the second event as Adamek was trying to get back into the heavyweight contention after losing to Vitali Klitschko.  Adamek used his superior boxing skills to win the first round against Aguilera but in the second round, it was Aguilera who walked the Polish fighter down as he managed to land some solid overhand right hands that forced Adamek to retreat.   Adamek began the third round by jabbing and combinations but in the middle of the round, Aguilera right hand found a home over Adamek’s jab but with ten seconds left, Adamek nailed Aguilera with a left hook and right hand nearly knocked Aguilera down but the bell saved Aguilera from further punishment 어머니 다운로드. END_OF_DOCUMENT_TOKEN_TO_BE_REPLACED