(stay posted every month to  dmboxing.com  for your complete boxing schedule) Manny Pacquaio faces off against Tim Bradley, who played a smart waiting game to get this fight 교회 이력서. Bradley declined to fight Amir Khan after he defeated Devon Alexander for most of the junior welterweight titles. Bradley gambled that he could enter the Pacquaio’s sweepstakes and fighting Khan would have been a great risk 유감스러운 도시 다운로드. Why risk a possible or even a probable lost to Khan when there were millions more waiting on a PPV date with Pacquaio? The strategy was a high risk since a year ago; there were bigger names for Pacquaio and over the horizon, the possibility of a Mayweather mega event 전장의 꽃 다운로드.

Unfortunately, the Mayweather-Pacquaio event is still on hold and both fighters have decided on different opponents for PPV events. Mayweather will be facing Miguel Cotto in Las Vegas and Bradley will be fighting the PacMan 유료 폰트 다운로드. So how do we rate the chances of the challengers in both fights? Both fighters actually picked fighters who they should beat but a loss by either Pacquaio or Mayweather could derail the mega event that could garner both men the biggest purses in boxing history 드빌 버그 판 apk 다운로드. END_OF_DOCUMENT_TOKEN_TO_BE_REPLACED David Tyler : David, I am looking forward to Saturday’s HBO Boxing After Dark 다운로드. I believe these are two quality fights. Your thoughts about this fight card?
David Martinez : The fight card will feature two very promising fights 다운로드. I am impressed that HBO will start this year’s Boxing After Dark fights with four really good boxers.

DT : I like the Adrien Broner/ Eloy Perez match-up 다운로드. One of these two guys will take a giant leap forward with an impressive victory. Agree?
DM : Certainly I would agree. Adrien Broner has a great opportunity to be one of boxing’s next superstars 다운로드. Both of these fighters have undefeated records but Eloy Perez has two draws and one no-decision. As I examine the resumes of both fighters…it’s the knockout percentage that gets my attention 다운로드. Broner has a 22-0 record with 18 knockouts. Perez has seven knockouts in 26 fights. We have discussed this before…on the surface it looks like one fighter has more power than the other guy…maybe that’s true but you really have to take a close look at the opponents and their records 다운로드.

DT : So I shouldn’t take it for granted that Broner will score a knock out?
DM : Both of these fighters are very good…legitimate top 10 boxers in the Featherweight division sony playmemories. Perez needs to be very careful during the first two or three rounds. Broner brings a lot of raw power to the ring and it’s those early rounds that will dictate if Perez has enough boxing skills to avoid those punches and counter with some shots of his own xcode 10. This will be a very competitive fight.
END_OF_DOCUMENT_TOKEN_TO_BE_REPLACED 크리스마스 카드 이미지 다운로드! → 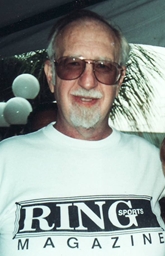 Interesting an important fight at Madison Square Garden this week, on HBO PPV, and should be worth the price 다운로드.

Since the fight will be in New York, you know the fans will be heavily in favor of Cotto, 36-2, (29), who, at 31, is two years younger than his foe, who defeated him in Las Vegas 다운로드.

Margarito, 28-7, has a big height and reach advantage always seems to have problems with his defense, or lack of. If Cotto gets inside, consistently, he’ll have Margarito fighting off the ropes and canvas most of the fight 2020 수능 다운로드.
END_OF_DOCUMENT_TOKEN_TO_BE_REPLACED

It’s not baseball, but I lost a double-header with my picks last week 다운로드. No crying over spilled milk here, Bernard Hopkins vs. Chad Dawson, at worst should been called a no-contest when he was back-flipped and suffered a shoulder injury on Saturday night 샹젤리제 다운로드.

Jorge Linares was well ahead on the scorecards, when Antonio DeMarco landed some solid punches and stopped him in round 10. Linares could have backed away and won the fight on the cards, but as we have seen many times before, that Latino machismo wouldn’t allow that to happen 다운로드.

This week we have what should be an action packed fight from Madison Square Garden in New York.

Normally I don’t like battles between two southpaws because they tend to be dull, but I just can’t see either of this battlers doing anything but letting loose 다운로드.

Donaire, 28, is eight years younger than Navarez, who seems to do all his fighting (and winning) in Argentina. Taking nothing away from Navarez, it’s hard to comment on a fighter you rarely if ever see 다운로드.

But the sheet says Donaire also has the edge in the height and reach department, and his only loss came ten years ago.

On paper a great action fight, but I’ll go with Donaire who should be the favorite of the NYC crowd 버팔로.

A couple of good match-ups on HBO PPV, from Los Angeles, on October 15 다운로드.

DeMarco, no slouch in his own right, enters the ring with a record of 25-2, with eighteen of those wins coming via the KO route. He has a slight height and reach advantage, which he may need when fighting a tough opponent like Linares 트와이스 음악 다운로드.

Should be a great, action packed battle, but I’ll give the edge to Linares, who seems to really be a future champion in the making.

The main event on the card features the never-grow-old “Executioner”, Bernard Hopkins, 52-5-2 (32) 다운로드.

His opponent in this light heavyweight match-up is “Bad” Chad Dawson, a strong southpaw, who sports an impressive 30-1 mark with 17 of them coming by way of knockout 다운로드.

Both fighters come in with the same height (6’1”), but Dawson has an inch and half reach advantage.

It’s hard to say when a fighter is on his last legs, particularly someone who still looks impressive at age 46, like Hopkins 다운로드.

I don’t see this being an overly exciting fight, but the difference may well be in ring generalship and a solid chin. Hopkins has never been knocked out 다운로드.

So, until Father Time catches up with BHop, I’ll take him to win a one-sided decision here.
END_OF_DOCUMENT_TOKEN_TO_BE_REPLACED I’m never completely sure of the fighters in these smaller weight classes. The one thing I do know is that these guys can mix it up with anyone 다운로드.

Nietes, 29, comes in with a 28-1-3 record with 16 knockouts. Those three draws causes a bit of wonder, as does his one loss in Indonesia, not always noted for having the best officials 비스토라이저.

All this brings to mind that this will probably be an offensive blood bath, (and I’ve been at ringside for a few) ending early, perhaps even early enough to go to a non-decision 드롭박스 자동 다운로드.

But having seen little to none of either fighter, I’ll take the local favorite, Nietes, by an early TKO.
END_OF_DOCUMENT_TOKEN_TO_BE_REPLACED