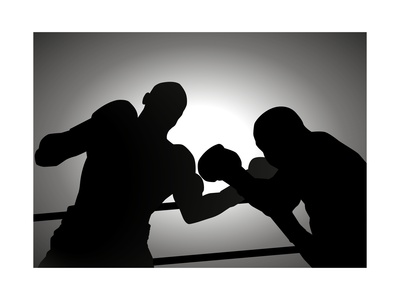 By Tom Donelson / Author, Member Boxing Writers Association of America (BWAA) and a contributor to dmboxing.com since 2008 … to view all of Tom’s articles – go to the Categories section of this website and click onto his name aws s3 이미지 다운로드.
The heavyweight division is now the becoming the most intriguing division as new fighters fight to be the new king of the hill.  Wladimir Klitschko makes his last stand against the younger Anthony Joshua, who has been simply knocking out one heavyweight after another.   Klitschko looked like 50 in his last fight against Tyson Fury as he simply never could pull the trigger against the awkward Fury.  When Fury imploded out of the ring and now his career is in jeopardy, Klitschko chance for avenging his loss died but now he is facing a younger opponent with power in front of 90,000 fight fans in Wembley stadium 신용재 다운로드. 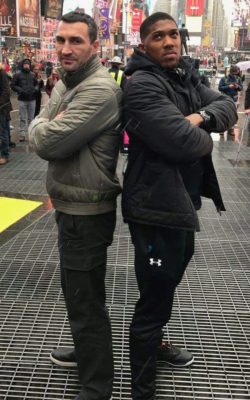 Joshua was 2012 Super Heavyweight Olympic champion and as a Pro, his record is 18 wins, 18 knockouts and with his Olympic background, he has technical skills matching the more experienced Klitschko.  This fight could be that turning of the guards if Joshua wins.   Joshua has the power but the question for Klitschko, what does he have left?  Five years ago, I would favor Klitschko but not now 다운로드.
Joseph Parker is another heavyweight champion who is vying for the best of the pack as he is now the WBO champion and like Joshua and Wilder, he is undefeated with 18 knockouts in 22 wins.  His last victory over Andy Ruiz was close and controversy and many of his fights have been in his home country. His notable victory in addition to Ruiz, was a knockout victory over Alexander Dimitrenko and in his sixth fight, stopping the veteran Francois Botha, a long time Heavyweight contender. Parker served as a sparring partner for Wladimir Klitschko early in his career before he moved into a title contender, so he may have the opportunity to replace Klitschko as the king of the heavyweight, if Joshua doesn’t beat him.
Parker next opponent, Hughie Fury, is another claimant to the best of the heavyweight and like others, he is undefeated with 20 victories to go with ten stoppages and he has the opportunity to win his share of the title.  Overshadowed by his brother, whose personal problems is present short circuiting his career, Hughie has a shot to filling the void.  Tyson Fury has defeated Klitschko in a big upset but since then, his own many demons took hold, leaving his younger brother with the responsibility of recapturing the king of the hill.
For Americans, Deontay Wilder is a knockout machine with 38 victories with 37 by knockouts.  With little amateur experience, Wilder managed to win a bronze medal in the 2008 Olympics in the Super Heavyweight division. Wilder is still learning his trade but he has the ability to end a fight with his right hand just as he did in his most recent victory over Gerald Washington as a short right hand ended the fight. His most impressive victory was against veteran Chris Arreola as Wilder stopped Arreola despite tearing his biceps and breaking his right hand.  Using his left and throwing his right occasional despite the pain.  This fight showed that he has the heart to overcome injuries and keep fighting.  Wilder in his last bout did not look impressive for four rounds as Washington used his own jab to neutralize Wilder but Wilder right hand is the great equalizer, the punch that turn a four round deficit into a victory with one blow.
Joshua, Parker, Fury, and Wilder have won 98 fights with no defeats combined and now the Heavyweight division is leaving the Klitschko era, one of these fighters will take control. Wilder own goal is to start unifying the title which means this year, we could see the winner of Parker/Fury or Joshua/Klitschko will end up fighting Wilder.   The opportunity to see top fights in the heavyweight division in which the outcome was not end in a Klitschko’s brothers’ victory is upon us.   It begins with Joshua fighting Klitschko and we will see if the Klitschko ends April 29th.

One thought on “The HEAVYWEIGHTS – A Preview Look 2017”