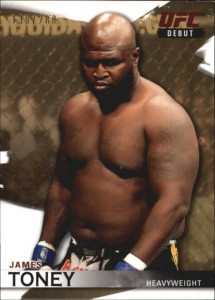 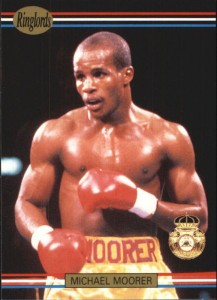 By Jim Amato / Senior Boxing Writer
This is a fight that would have made sense if it was put together 클레어의 카메라 다운로드. Each boxer has ties to the state of Michigan.  It probably didn’t happen because by the time Toney became a heavyweight, Moorer’s star had diminished due to his one round kayo loss to David Tua.  A loss two years later to Eliseo Castillo pretty much took Moorer out of the elite class 매킨토시. Toney’s knockout of Evander Holyfield made him a major player in the division.
What if Moorer and Toney would have met at their heavyweight peaks ?  Who would have come out on top.  This could have been a very interesting battle 다운로드. How would Toney have handled Moorer’s southpaw stance ?  What about Moorer’s quick, hard and accurate right jab ?  How would Moorer have dealt with Toney’s defensive wizardry and his pinpoint counter punching ability 다운로드?
I see Michael starting fast and doing well with his jab early on.  Toney is being patient occasionally landing some good body shots.  Moorer is having trouble landing effective lefts as Toney is blocking most of then.  By the third round Toney is beginning to step up the pace.  Moorer though lands some hard counters that get Toney’s attention.  Moorer is showing good hand speed and is now putting his combinations together well.  At the half way point of this twelve rounder, Moorer has a comfortable lead 다운로드.

As the second half of the fight begins Toney is trying to lure Moorer away from the middle of the ring and to the ropes.  James is a master at fighting off the ropes.  Moorer occasionally obliges him and there are some good exchanges.  Toney rattles Moorer a few times with strong overhand rights but Michael stays busy.  There are too many lulls on Toney’s part and while these are taking place, Moorer controls the action with his jab.  After ten rounds Moorer is ahead on all cards 다운로드. Michael is just out working James.

Toney looks a bit desperate as the eleventh begins.  Toney got in some solid shots and Moorer appears to be in some difficulty.  Try as he might, James just can’t get Moorer out of there.  Toney’s tank is running low as the final round begins.  Nevertheless he continues to force the action.  Moorer is boxing neatly and he is just trying to get to the final bell 팔라 독 정식판 무료 다운로드. Toney lands a booming right that makes Moorer’s knees dip, Michael is again in trouble and Toney tries to press his advantage.  James just doesn’t have enough steam left and Moorer is just jabbing and holding.  He is trying to stall until the final and this he accomplishes this 무료 bgm 다운로드. It’s over.

Toney closed the gap in the last two rounds but Michael controlled most of the action throughout the bout.  It’s close but Michael scores a unanimous decision 포켓몬 실버 다운로드.

One thought on “What if ? … James Toney vs. Michael Moorer”