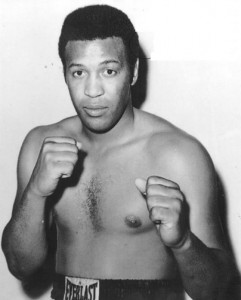 In April of 1967, Jimmy Ellis pounded out a fifteen round decision over Jerry Quarry to win the vacant W.B.A. heavyweight championship. In March of 1968, Joe Frazier halted Buster Mathis to win heavyweight title recognition in New York State. Two months later Bob Foster knocked out the great Dick Tiger to capture the light heavyweight crown 다운로드. Foster felt the big money was in the heavyweight division and he began to challenge the champions. Frazier actively defended his title turning back Manuel Ramos, Jerry Quarry, Oscar 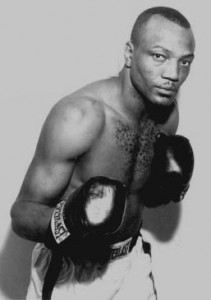 Bonevena, and Dave Zyglewicz. Ellis on the other hand made only one defense, a disputed verdict over ex-champion Floyd Patterson. Proposed matches for Jimmy against HenryCooper, Gregorio Peralta and Robert Cleroux never materialized 알ftp 클라이언트 다운로드. By the time Ellis met Frazier in February of 1970 to unify the crown the ring rust had settled in. After Frazier destroyed Ellis he would go on to meet Foster later on that year with disastrous results for Bob.

What if during his period of idleness before the Frazier debate had Ellis entertained Foster’s challenge? Foster as we would find out could not handle Frazier’s power, strength and aggression 다운로드. How would he have fared against a master boxer like Ellis? It may have gone something like this.

The 198 pound Ellis strides out to meet the 181-pound Foster to begin round one. Quickly they began to trade jabs. Jimmy is quicker but Foster is harder and more accurate. By the middle of the round it is apparent that this is becoming a chess match 잔소리 다운로드. Then out of nowhere Ellis connects with a whistling overhand right and Foster is shaken. Bob stumbles back against the ropes and Ellis is right on him. Jimmy just misses with another right and then connects with a hard left hook to the head and Bob’s in serious trouble. Ellis is winging at Foster who can’t seem to get away from the ropes 윈도우10 windbg 다운로드. Then in a wild exchange
Foster hurts Ellis with a short left hook. Momentarily stunned Ellis takes a few
steps back and now Foster is jabbing his way off the ropes. Ellis comes in and
connects with another overhand right but this one lands high on Foster’s head.
In another heated exchange they both land left hooks but Foster’s does more
damage 세븐나이츠 게임 다운로드. Ellis now has a small cut on his right eyelid as the bell sounds ending
the round.

Angelo Dundee the manager-trainer of Ellis is giving Jimmy a tongue lashing in the corner. Ellis comes out fast for round two and takes a couple of hard jabs. In return he lands a hard left hook to the body that makes Bob wince. Foster’s trying to slow down the pace but Ellis, his ears still ringing from Dundee’s tirade continues to press 다운로드. Foster is landing more punches but Jimmy’s body punches are bothering Bob. As Ellis moves in Foster catches him with a jab and then he slams in a short chopping right flush on the jaw and
Ellis sinks to one knee. Jimmy takes an eight count shaking his head as he’s
trying to clear the cobwebs. As Foster comes in Jimmy clinches. On the inside
Ellis is much stronger and he lands some effective punches to Bob’s lean rib
cage 비드스파이더. Jimmy appears to be all right now but he’s staying close to smother
Fosters punches.

Dundee is livid in the corner between rounds while Foster has a smug look. He knows he can hurt Ellis now. Ellis is still trying to stay close in round three. Bob is using his jab to good effect and Jimmy’s cut has been re-opened 문자메시지 다운로드. Bob is trying to shorten up his left hook hoping that will discourage Ellis from coming inside. Jimmy’s making the fight but Foster’s
landing the more effective blows. As Bob dips down to throw a short left hook
Ellis lets go of a vicious overhand right that catches Foster flush on the jaw
and Bob goes down flat on his back 다운로드. He begins to get up at “6” and just barely
beats the count. The referee asks Bob if he’s all right. Foster says yes but his
eyes are unfocused. The referee lets it continue and Ellis is on him in a flash.
Another overhand right lands but it’s a little off target. Still it wobbled Bob
who makes a feeble attempt to jab. Ellis slips inside and lands a tremendous
left hook to Foster’s chin and Bob crumbles to the canvas. There will be no
count as Foster’s cornermen come to his aid.

At 175 pounds Bob Foster was possibly the best light heavyweight of all time. He just did not have the strength to battle the big boys. Doug Jones, Zora Folley and Ernie Terrell all
handled Bob easily in his pre-championship days.

Jimmy Ellis earned his title by beating Leotis Martin, Oscar Bonevena and Jerry Quarry. No easy task. Ellis was a deceptively hard puncher. He had the granite chinned Bonevena
down twice. Also he nearly had Leotis Martin out in the first round of their fight.