By Jim Amato, Senior Boxing Writer / has contributed to dmboxing.com since 2008 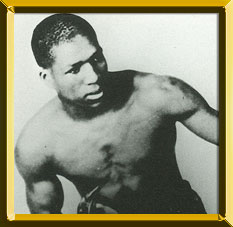 One of the finest boxers ever to come out of Akron, Ohio was William “Gorilla” Jones. He was good enough to hold the National Boxing Association’s version of the middleweight title in 1932. He was born on May 12, 1906 in Memphis, Tennessee and he began his professional boxing career there in 1924 .net framework 3.5(.net 2.0 및 3.0 포함) 다운로드. By 1927 Jones was operating out of Akron. In 1928 Jones took a 20-4 record into the ring for his first major test. On July 17 he dropped a ten round duke to Sergeant Sammy Baker.

Jones rebounded nicely outscoring Tommy Freeman and Bucky Lawless 바츠군. On November 11 he made his Madison Square Garden debut winning an eight rounder against Pat Silvers. Jones would return to the Garden and draw with Tony Vaccarelli. 1929 was an uneven year for Jones. He drew in a rematch with Freeman. He outpointed Joe Mello over ten but then dropped a twelve rounder to Lawless. Jones then lost a ten round verdict to Jackie Fields 인터넷 라디오 다운로드. Their return bout was declared a no contest in the seventh round because Jones was reportedly not trying.

Jones started off 1930 well winning a decision over veteran Jock Malone. Then he would drop back to back ten rounders to Tiger Roy Williams and Lawless. Two months later Jones finally took the measure of Lawless in nine. On September 4 Jones met Harry Smith in a bout billed for the Colored Middleweight Title. It ended in the ninth round as a No Contest. In their return bout Smith won over ten rounds. In 1931 Jones defeated Cleveland’s hard punching Paul “Poison” Pirrone by decision. This was a huge win for Jones. Two fights later he would again lose a decision to Bucky Lawless. The NBA then created a tournament to find a successor to middleweight champion Mickey Walker who had moved up in weight. Jones was included in the tourney. Jones would finish 1931 with six straight wins and he would now receive a shot at the vacated title.
On January 25,1932 in Milwaukee, Jones stopped Oddone Piazza in the sixth round to claim the NBA title. His next bout was a non title affair against Frankie O’Brian. Jones lost on an eighth round DQ again for not trying. He would come right back with two non title wins. On April 26 Jones successfully defended his crown with a twelve round points call over Young Terry in Trenton,New Jersey. Then on June 11 in Paris,France he suffered an eleventh round DQ against Marcel Thil for repeated low blows and holding.
With his title now gone Jones reeled off five straight victories. He then drew with Tommy Freeman. In 1933 he and Ben Jeby tangled in a sixth round No Contest bout. Then Jones knocked out Johnny “Bandit” Romero and Billy Papke Jr. Jones had a rough year in 1934 being upset by Dutch Weimer. He then drew with rugged Freddie Steele. Jones would then lose ten rounders to Emilio Martinez and Oscar Rankins. In 1935 Jones would be defeated by Steele in a return match. In 1936 Jones would go 3-0-1. Then on January 1,1937 Jones would meet Steele in a rubber match. At stake would be the NBA and the New York State Athletic Commission’s middleweight titles. Steele won the ten rounder flooring Jones for the first time in his career along the way. Again Jones would bounce back fighting a draw with tough Frankie Battaglia and taking a ten rounder from Freeman. He would end the year losing to Alabama Kid.
Jones lost To Babe Risko and the Alabama Kid again in 1938. In 1939 he recorded his last victory by decisioning Angelo Puglisi. In 1940 he was outscored by Vern Earling a novice with five fights. It was time for Gorilla Jones to hang up the gloves. Jones would have over 100 victories in his long pro career.He scored 55 knockouts. He would lose only 25 times in 144 recorded bouts. Amazingly he was never stopped!