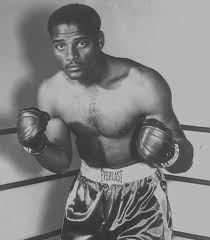 Throughout the 1950’s and 60’s Zora Folley was among the best heavyweights in the world 애플 itunes 다운로드. Only a reluctant world champion and untimely losses kept him from getting a title shot in the prime of his career. It took Zora fourteen years before he received a crack at the championship 다운로드. That would be against Muhammad Ali who at that time was at the peak of his powers.
Folley was born in Dallas, Texas on March 27, 1931 같이걸을까. He would fight out of Arizona and turned professional in 1953. He was undefeated in his first nineteen bouts including two knockout victories over Howard King. In June of 1955 Folley suffered his first setback being halted by rugged Johnny Summerlin. Later that year Zora was stopped by Young Jack Johnson for the California heavyweight title. Folley would bounce back to win eighteen straight before he fought a draw with clever Eddie Machen in 1958. Among Zora’s victims were Roger Rischer, Nino Valdes, Duke Sabadong and Wayne Bethea twice. Folley was now high in the heavyweight rankings.
Folley would continue in 1958 by taking out Pete Rademacher in four. Then Folley was surprisingly outpointed by England’s Henry Cooper. Zora would return to England to defeat Joe Bygraves starting a ten fight win streak. During that streak he beat Alex Miteff,Willi Besmanoff, King again and Machen in a rematch. That led to a 1960 match with the feared Sonny Liston. It was a disaster for Folley. Liston was at his peak and he manhandled Zora in three rounds. Then in 1961 Folley lost in seven to Alejandro Lavorante.
Folley would again resurrect his career by winning nine in a row. Henry Cooper would fall in two rounds in a return bout. Zora also defeated Mike DeJohn,Robert Cleroux and Doug Jones. In a rematch with Jones in Madison Square Garden,Zora was knocked out in the seventh. Another serious setback for Folley. In 1963 Zora would again outscore Cleroux. Then Folley lost a one sided decision to Ernie Terrell. Zora would then win four straight including a verdict over George Chuvalo. Next Folley fought a draw with Karl Mildenberger in Germany. Fighting his way back to the top of the ratings Folley won seven in a row beating Oscar Bonevena, Bob Foster and Henry Clark.
Finally Zora would receive his long overdue title shot. On March 22, 1967 Folley challenged Muhammad Ali at Madison Square Garden. The aging Folley gave a good account of himself but Ali was just too much for him. The bout and dream ended in round seven. Zora had ten fights after the loss to Ali. He went 5-3-2 losing to Brian London and Bonavena in a return. Folley’s career ended when he was knocked down six times in the first round by undefeated Mac Foster.
Zora had 96 bouts in his formidable career. His final tally was 79-11-6. He won 44 by knockout and he was halted 7 times. He fought four world champions and eight men who challenged for the crown. Folley died on July 7,1972 from injuries following a poolside accident. He was only 41 years old.