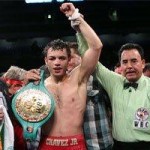 Two Mexican fighters went toe to toe most of the night in the shadow of the Alamo in San Antonio.  Julio Cesar Chavez, Jr 다운로드. has the curse of the being the son of the great Julio Cesar Chavez plus he faced a hungry fighter in Marco Rubio who viewed this fight as his opportunity.  Rubio had more knock outs coming into this fight but it became obvious that Rubio did not have the power to punish Chavez and Chavez pushed Rubio around the ring 비활성 매크로.

Over the first two rounds, Rubio was the busy fighter but not the more accurate fighter as he missed many shots against charging Chavez.  By the third round, Chavez used his hook to slow Rubio down and there were times that one could see the father in his son as Chavez ripped left hooks after left hooks to the body.   Rubio threw his own haymakers as they fought inside the boxing trenches 스케치업 무료 다운로드.

In the sixth round, Chavez changed tactics as he boxed and move whereas Rubio looked temporally befuddled but it gave Chavez and even Rubio a break from the tough infighting that both were involved in over the previous rounds.  In the seventh round, trench warfare returned as both men simply pounded each other as Rubio threw more punches but Chavez punches had more impact.  In the final minute of the seventh round, Chavez pounded Rubio with a nice combination that included a solid right hand Select2 download.

During the eighth round, Emanuel Steward observed that Rubio should move and box more since he was not a devastating puncher whereas Larry Merchant quipped that “Rubio is not as much a devastating boxer, either.”    Over the last three rounds, Chavez and Rubio nailed each other with power shots including left hooks to the body.  Chavez threw accurate right hands throughout the bout set up by his left hooks, showing that he can be a two handed puncher.  As for Rubio, he showed grit as he was never hurt by Chavez and there were times that he connected on his own body shots including left hooks but Chavez was the more accurate puncher which is why he won the unanimous decision 피고인 1회 다운로드.

For Chavez, he beat a good fighter in Rubio but he has yet to be tested by an elite fighter and while he would love to fight Sergio Martinez, he admitted in the post-fight interview that he had to fight better than he did against Rubio.  He had trouble with his weight and a DUI interrupted his training, giving one doubts if he has the same dedication as his father.  He admitted the need to stay in shape if he wants to stay in the Middleweight division 다운로드.

The first fight featured one of the best pound for pound fighters in Nonito Donaire and his challenger was the tough Wilfredo Vasquez for the WBO super bantamweight title.  For the first four rounds Donaire power and hand speed dominated as he simply pounded Vasquez, who never seems to find an opening to fight back 다운로드.

In the fifth round, Vasquez left jab finally started to connect on Donaire and nailed Donaire with a solid right but Donaire slipped a solid combination at the end of the round.  Vasquez had a strong sixth round as his combination connected with renewed ferocity as he started to make a fight out of it.

Donaire regained control of the fight in the seventh round as he pounded Vazquez with uppercuts and left hooks, the same combination that sent Vazquez down in the eighth round.  Vazquez came out for the ninth round with jabbing that allowed him to land right hands but at the halfway mark, Donaire nailed Vasquez with a hard left upper cut, left hook and right hand and then both nailed each other with shots.   During the tenth round, Vasquez and Donaire fought each other off the rope in some intense exchanges as both pulverized each other.   Donaire’s corner warned their fighter that he needed to win the last two rounds even though it looked like an easy decision victory. His corner was right even though Donaire connected on nearly twice as many punches for one judge scored the fight 115-113 in favor of Vasquez.  The other two judges had it an easy Donaire victory, which it was in the ring.

Donaire injured his left hand in the fight but despite the injury, he was impressive in victory to win his third championship in a different weight class.  Donaire showed that he is still one of the best pound for pound fighters in the world but Chavez showed improvement in his skills but has yet to show that he is in the elite category of Sergio Martinez.