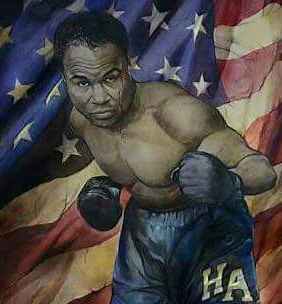 One of my favorite boxers of all time is Henry Armstrong 창부타령 다운로드. He was born Henry Jackson on December 12, 1912, in Columbus, Mississippi.

Armstrong engaged in 62 amateur bouts, 58 of which he won before turning professional in 1931 amr 코덱 다운로드. He was knocked out in three rounds in his first pro fight, compiling a 1-3 record in his first four professional bouts. But all of that would change. He would go on to be the only boxer to hold three world championships simultaneously 다운로드.

On October 29,1937, Henry won the featherweight title by stopping Petey Sarron in six rounds at Madison Square Garden, New York. Seven months later at the same venue, he captured the welterweight title in a 15 round unanimous decision over Barry Ross on May 31, 1938.

Henry completed the trifecta when he won the lightweight title on August 17, 1938, again at Madison Square Garden, in a 15 round decision over Lou Ambers.

In 1937, Henry was named The Ring Magazine Fighter of the Year, and, in 1940, was honored with the Henry Edward J. Neil Trophy. He participated in a total of 26 title bouts. He defended his lightweight title once, losing it to Ambers on August 22, 1939. He successfully defended his welterweight crown 19 times before losing it to Fritzie Zivic on October 4, 1940. He attempted to regain it from Zivic three months later, but lost by knockout, only the second time he was KO’d since his very first pro fight.

Armstrong also attempted to win the middleweight title versus Ceferino Garcia on March 1, 1940, but the bout ended in a draw.

Between 1937 and 1939, Armstrong won 46 straight bouts, and during that stretch, had a run of 27 consecutive knockouts.

Henry Armstrong is recognized by boxing historians as one of the greatest fighters. Bert Sugar ranks him #2, and I rank him #3 on my list of the greatest boxers of all time. We both rank Sugar Ray Robinson #1. 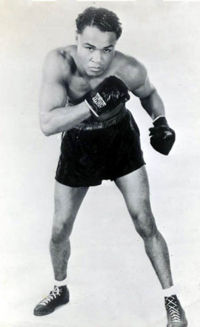 Henry retired from boxing in 1945. His outstanding ring record was 151 wins, 21 defeats, and 9 draws with 101 knockouts. After retirement, he became an ordained minister.

Henry died on October 23, 1988 at the age of 75. May his soul rest peacefully in heaven with the Lord and may he be remembered by all as a great human being.

*** Please note, that for additional information regarding Henry Armstrong – you can go to website HenryArmstrongFoundation.org or contact Edward Scott, Jr., President / CEO at email scotteward1@aol.com