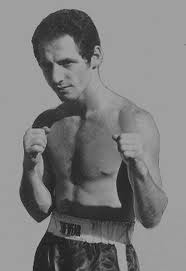 The city of Chicago has produced its share of outstanding professional fighters 드라마 예능 다운로드. One of them was a tough as nails lightweight who campaigned in the late 1970′s and early 1980′s.  His name was Johnny Lira and he fought his way into the top echelon of the lightweight rankings.  Johnny passed away on December 8, 2012 at the age of 61 틀린그림찾기 무료 다운로드.
Lira turned pro in 1976 and quickly gained notice by winning his first twelve fights.  In 1977 he drew with Manuel Lopez but defeated Lopez in a return bout 다운로드. Johnny hit the big time in 1978 when he received a shot at the United States Boxing Association lightweight title.  His opponent was the highly ranked southpaw bomber Andy Ganigan.  Johnny was a decided underdog going in but he shocked the boxing establishment by stopping Ganigan in round six.  Lira then went to New York’s Madison Square Garden to outscore the talented Larry Stanton. Lira was now high in th ratings and in 1979 he received a shot at the World Boxing Association’s version of the lightweight title.  Their champion was a hard-hitting bomber from Venezuela named Ernesto Espana.  It was a gruelling fight but Espana emerged victorious stopping Johnny in nine rounds.  Lira would suffer a broken jaw for his gallant effort.
In 1980 Johnny traveled to Spain and dropped an eight round decision to Andoni Amana.  He would later lose a ten round duke to the flashy Howard Davis Jr.  In 1981 Lira would post a ten round win over Ohio’s rugged Bobby Plegge.    Johnny was then outdueled over ten rounds by Nicky Furlano and the was stopped in nine rounds by Willie Rodriguez for the USBA super lightweight title.  Lira regrouped in 1982 scoring a points verdict over Canadian Al Ford.  Johnny then lost a tough call to former world champion Alfredo Escalera.  Lira would come back to win four fights but in 1984 he lost a ten rounder to Russell Mitchell.  That was his las fight.
Lira hung them up with a fine record of 29-7-1.  He scored fifteen knockouts. Johnny himself was stopped on two occasions.  May he rest in peace.