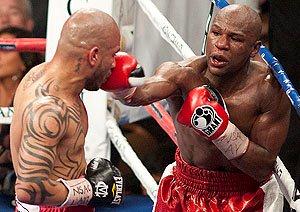 In the ninth round, both men fought on the inside with the best punch being an Alvarez left hook to the body that temporary stunned Mosley and Mosley came out in the tenth round knowing that he needed a knockout. He went after Alvarez but there was nothing left on his punches and any punches that came back in his direction, came back harder. This continued into the eleventh round as Mosley was determined to win the fight but an Alvarez right hand nearly sent Mosley through the rope 페이스북 동영상 hd 다운로드.

Both fighters came out exhausted in the last round and Mosley went for a knockout since he needed a knockout to win but Alvarez threw his own haymakers because he wanted to stop Mosley. Both fighters gave all they had in the last minute of the round but it was too little and too late for Mosley who at 40 showed that his best days have long past him by. Mosley still has the heart and guts of a warrior but the skills that made him one of the best are gone. As for Alvarez, he won an easy decision but he couldn’t stop a 40 year old fighter long past his prime but then no one has stopped Mosley before the end of a fight. Alvarez may become a great fighter but he is not yet an elite fighter 다운로드.

The main event began with Cotto being aggressive but Mayweather throwing more combinations and the crowd shouted “Cotto,Cotto, Cotto” showing where the crowd loyalty lies. In the third round, Cotto started jabbing but he gets countered by Mayweather’s right hand. Mayweather usec his shoulder roll to deflect much of Cotto’s power but by the fourth round, Cotto jab started to have its effect as Mayweather’s nose started to bleed 국내 지도.

In the fifth and sixth round, Cotto managed to connect on jabs and managed to push Mayweather to the rope, even though Mayweather defensive skills was still deflecting much of Cotto power. In the eighth round, Cotto trapped Mayweather and rips body shots and uppercuts and for the first time, Mayweather worried that maybe Cotto was not easy touch he expected. As Mayweather went back to his corner, his nose was bleeding effusively 자기 소개서 양식 다운로드.

By the tenth round, Cotto started to look tired as his punches lost steam and the power that he showed in the sixth through eighth round started to dissipate. He did end the round by throwing a combination while he got nailed throughout the round by Mayweather jabs. Cotto was making this unexpectedly close fight and while Mayweather was throwing the more accurate punches, Cotto pushed the pace throughout the fight 최고의 선물 다운로드. Mayweather managed to fight off the rope with sterling combinations but Cotto showed what Castillo showed a decade ago; the key to any hope of beating Mayweather is to make him uncomfortable by constant action.. Cotto corner told their fighter before the last round that this could be it but he is met by a Mayweather combination in the center of the round. A Mayweather right hand followed by an upper cut hurt Cotto but Cotto recovered quickly but not before Mayweather moved away from any last Cotto’s rally 유튜브 mkv 다운로드.

Mayweather wins the fight by 117-111, 117-111, 118-110, which matched HBO scorecards. Mayweather won the fight but he did find himself in a struggle, something that he had not been in years. His nose was bloodied but he still showed that he may be the best pound for pound fighter 월드워z 다운로드.