*** FLASHBACK – this article originally appeared on dmboxing.com on April 5, 2013 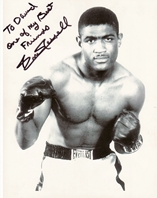 ril 4th is my friend Ernie Terrell’s birthday 위닝일레븐 2018 다운로드. The former WBA heavyweight champion has to be one of my favorite boxer friends ever. I was honored, on the evening of October 16, 2003 when Ernie was inducted into the World Boxing Hall of Fame, to be his presenter.  I remember that night as if it was yesterday and I will always treasure that moment in time.  At the very top left hand side of the banner for this website, you will see the photo taken on his special night 요괴워치 색칠공부 다운로드. 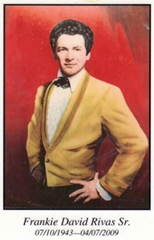 April 7th is the anniversary of the passing of my best friend Frankie Rivas.  In 2009 I tearfully, but honorably, delivered the eulogy at St 다운로드. Raphael’s church for his funeral service.  As well as boxing as an amateur himself, Frankie was the truest boxing fan I have ever known.  He was always there with me as a referee or judge at many boxing shows in our community, and gave his support to the kids in local boxing gyms.  I have known Frankie since my childhood days and in memory of his death (I say), “May his soul rest in peace with the Lord in heaven” ahn lab 무료 다운로드.