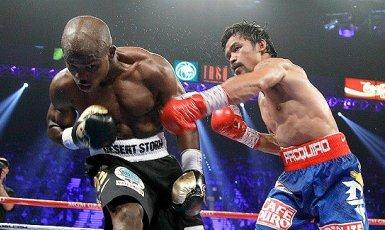 Boxing is not a sport to me, it is passion, and what happened on June 9 hurts, the result of Timothy Bradley winning a 12 round split decision over Manny Pacquiao last Saturday night at the MGM Grand Garden Arena, Las Vegas, Nevada 세장의 부적 다운로드. I have seen many terrible decisions in my fifty years following the sweet science; the few that instantly surface to the top are: Louis – Walcott I (1947) , Ellis – Patterson (1968) , Zarate – Pintor (1979) , Holmes – Spinks I (1985) , Lewis – Holyfield I (1999) , and Williams – Lara (2011).  Now this one ranks right up there with these I mention 동요 mp3 다운로드.

I am still trying to digest this horrible decision. It is clear to the boxing fans that viewed the fight that Manny won and it wasn’t even that close 다운로드. Even the occasional boxing fan who saw the fight would agree that Manny clearly was the winner.  He outclassed Bradley in every way imaginable. He landed more punches 다운로드. He landed more power shots. He dictated the pace and tempo. My good friend Harold Lederman at HBO sitting live ringside scored the fight 119-109 (11 rounds to 1) in favor of Manny, and for the record my scorecard was 117-111 (9 rounds to 3) for Manny 다운로드.

Something is wrong, and very wrong with this kind of scoring in boxing. I had a friend call me the next day excited that he won a bet by picking Bradley. My only comment to him was, “You didn’t win anything, you stole that money like a robber; so do the proper thing by donating your winnings to cancer research or to your local church and your mind will be at peace.”

Manny did not deserve this, to lose his WBO welterweight belt in this manner 다운로드. The biggest losers here were certainly the fans. Yes it stinks and this is why I have always maintained that the sole element that continues to haunt boxing like an evil curse is a blatant BAD decision right before your very eyes 다운로드!

FOR FULL INQUIRY INTO PACQUIAO vs java ajax 파일. BRADLEY

“The public has a right to know. The fighters have a right to know,” said Arum. “The only way to restore fans’ confidence in boxing is by letting an independent body investigate every detail of the fight no matter how big or small. Sunshine never hurt anyone.”

Bradley, the undefeated WBO junior welterweight champion, won a controversial split decision, dethroning Pacquiao on scores or 115-113, 115-113 and 113-115, in a fight most ringside media and fans thought Pacquiao won by a wide margin.