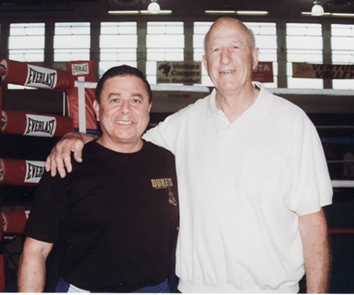 A carpenter by trade, White took up boxing in 1958. His flamboyant clowning style included his unique “rooster” with others being the behind the back punch and the back hand bolo punch 다운로드. Those antics gave him the nickname of “Windmill.” He was also referred to as the “Clown Prince of Boxing.”
END_OF_DOCUMENT_TOKEN_TO_BE_REPLACED