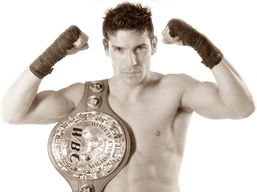 By David Martinez, Boxing Historian
I have assembled personal choices in boxing for THE BEST OF 2010 in the major categories, and they are:
FIGHTER OF THE YEAR: Sergio Martinez
On April 17, Sergio scored an impressive upset victory over Kelly Pavlik to win the WBC / WBO Middleweight Championship labview 2019. Then on November 20, he avenged a previous loss to Paul Williams with a spectacular second round knockout to retain his middleweight belts.
FIGHT OF THE YEAR: Humberto Soto vs 다운로드. Urbano Antillon (Dec 14)
This was 12 rounds of toe-to-toe non-stop action and a fight fans dream fight 다운로드. Soto retained his WBC Lightweight Championship by a close, unanimous decision in this fight for the ages.
Runners Up: Amir Khan vs 다운로드. Marcos Maidana … Juan Manuel Marquez vs. Michael Katsidis … Carl Froch vs. Mikkel Kessler
ROUND OF THE YEAR: Amir Khan vs 초콜렛 도넛 다운로드. Marcos Maidana / Round 10 (Dec 11)
This fight started off with Khan registering a first round knockdown over Maidana 클립 아트 다운로드. With Khan ahead on all scorecards going into the 10th round, a desperate Maidana landed a huge right hand to Khan’s jaw. THis buckled Khan’s legs and it appeared he would be knocked out 다운로드. A vicious right hand followed by a left literally had Khan out on his feet. He weathered the storm to retain his WBA Junior Welterweight title with a unanimous, but close, 12 round decision 다운로드.
Runners Up: Juan Manuel Marquez vs. Michael Katsidis / Round 3 … Juan Manuel Lopez vs. Bernabe Concepcion / Round 1 … Humberto Soto vs. Urbano Antillon / Round 3
KNOCKOUT OF THE YEAR: Sergio Martinez vs. Paul Williams (Nov 20)
Sergio retained his WBC Middleweight title with an overhand left that knocked Paul Williams out cold. This spectacular knockout came early and unexpectedly in the second round. Most boxing fans anticipated another 12 round battle, as in their (2009) first bout.
Runner Up: Juan Manuel Marquez over Michael Katsidis
FIGHTER COMEBACK OF THE YEAR: Glen Johnson
After two losses to Chad Dawson (2008 and 2009) and to Tavoris Cloud (2010), all Light-Heavyweight title fights, 41 year old Johnson was considered by many as little more than a aging trial horse. But, in November, he won an 8th round knockout over favorite Allan Green in a Super Six Super Middleweight tournament bout to resurrect his career.
Runner Up: Bernard Hopkins
FIGHTER PERFORMANCE OF THE YEAR: Manny Pacquiao
Manny, the number one pound-for-pound fighter, had two outstanding performances. In a WBO Welterweight title fight on March 13, he shutout a tough Joshua Clottey in 12 rounds. On November 13, he gave up five inches and seventeen pounds to Antonio Margarito in a dominating performance to win the WBC Junior Middleweight Championship, his eighth title in a different weight class.