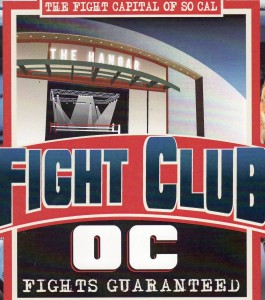 Fight fans have filled The Hangar to its capacity for the past eight Fight Club OC shows and the next show on Thursday, June 9th is another reason to keep the Standing Room Only streak going 살파랑 다운로드! With less than 180 tickets remaining to our June 9th show don’t delay on securing your seats!

How about 14-0 lightweight contender Ryan Martin, fresh off a big win on the undercard of the GGG show at The Forum in April, making his Fight Club OC debut 다운로드. With six knockout wins in his last seven bouts, Martin, out of Cleveland is ready to step up in the 135lbs division.

The big boys are back at The Hangar and two prospects will be in action 다운로드. Huntington Beach’s 6’5″ Adam Stewart (pictured above) coming off his April win over Matt McKinney will face Hemet’s Jared Vanderaa who is 3-0 as a MMA fighter and will be making is pro boxing debut 기아 폰트. The other bout will feature San Diego’s 3-0 Trent Rawlins facing San Jose’s 1-2 Mike Kyle, who is another solid MMA fighter turning to boxing 다운로드.

Two local OC mixed martial arts fighters will be in the spotlight on June 9th as former Bellator fighter Curtis Millender, who won his first seven bouts on Fight Club OC shows returns to face a very solid MMA star in Keith Berry 다운로드. This fight has all the makings to be a fight of the night “Money Fight”. Also returning after his big pro debut win in April will be San Pedro’s “Gifted“Gabriel Green taking on Hakop Ter-Petrosyan out of Burbank who will be making is pro debut, and rounding out the seven bout card is UCI graduate Daniel Kim back in action facing Riverside’s Alfredo Hernandez who is making his pro debut and Guadalupe Arroyo out of Gramps’s Gym in Garden Groove facing Santa Ana pro debut boxer Mauricio Gomez 윈도우 10 rs3 다운로드.