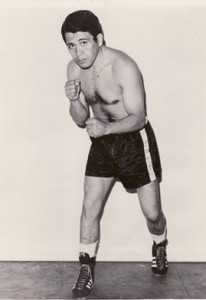 The 1960’s spawned many great fighters. Dick Tiger, Jose Torres, Emile Griffith, Luis Rodriguiz and Carlos Ortiz just to name a few. One of the best of this era was a 5′ 3″ southpaw from Mexico City named Vincente Saldivar 웹소설 조아라 다운로드. He ruled the featherweight division for three years and then retired. He decided to come back and two and a half years after he gave up his crown, he re-claimed it.

This boxing legend was born on March 5, 1943. He started his professional career in 1961 and quickly showed that he was a budding star 다운로드. Saldivar won his first sixteen fights and scored thirteen knockouts. He suffered his first loss in December of 1962 when he was disqualified in a bout against Baby Luis.

The year 1963 saw Saldivar make great strides in the rankings. He halted the respected Dwight Hawkins in five rounds. He avenged his loss by stopping Baby Luis in eight rounds 다운로드. There was also an impressive one round win over Eloy Sanchez.

On February 8, 1964 Saldivar captured the Mexican featherweight title by knocking out Juan Rameriz in two rounds. He defended the title with a twelve round points win over tough Eduardo ” Lalo ” Guerrero. Then on June 1st Vincente won a very important bout against future lightweight champion Ismael Laguna. Saldivar outscored the clever Laguna in ten rounds.

On September 26, 1964 Vincente Saldivar won the featherweight championship of the world. He battered the great champion Sugar Ramos and the bout ended in the twelfth round with a new champion being crowned. Saldivar was about to begin a campaign that eliminated all opposition to his throne. He started in 1965 by wearing down and finally stopping his game challenger Raul Rojas in the final round. In his next defense Vincente turned back the fierce challenge of Welshman Howard Winstone in fifteen rounds. These two would get to know each other very well over the next few years.

Saldivar opened 1966 with a two round kayo over Floyd Robertson. Next Vincente faced the stern challenge of Japan’s Mitsunori Seki. For the Japanese tiger, it would be his third shot at a world’s title. He failed in a 1961 bid to dethrone flyweight champion Pone Kingpetch and in 1964 he was beaten in six rounds by featherweight king Sugar Ramos. Seki gave Saldivar all he could handle but in the Vincente pounded out a decision victory.

Seki and Saldivar would meet again in 1967 and this time Vincente left no doubt to his claim to the title ending Seki’s challenge in the seventh round. Next was some unfinished business with Mr. Winstone. Again the spry and crafty Welshman traveled the fifteen round distance but in the end he fell short. The two bouts between Saldivar and Winstone were close enough to justify a third meeting. This time Saldivar ruled supreme ending Winstone’s dream in the twelfth round.

With really no one left to seriously challenge Vincente, he decided to retire. Quickly the World Boxing Council matched Saldivar’s two toughest challengers, Howard Winstone and Mitsunori Seki for the vacant title. On January 23, 1968 Howard Winstone finally got his championship beating Seki in nine rounds. Howard’s stay at the top was short lived as he lost the title to Spain’s Jose Legra in five rounds.

Finally there was some new blood in the division. Legra in turn would lose his crown by decision to Australia’s Johnny Famechon. Saldivar still felt he was the best featherweight in the world so he embarked on a come back. To prove he was worthy of a title shot he out fought Legra to win a ten round verdict. Then on May 9, 1970 in Rome, Italy Vincente met the champion Famechon. The Aussie was a very good fighter who had just sent the great Fighting Harada into retirement with a brutal fourteenth round kayo. Against Saldivar he was out boxed and out fought but gamely went the distance. The great Saldivar was king again.

It all came crashing down in his next fight. Vincente took on Japan’s Kuniaki Shibata. It seemed like Vincente grew old overnight. At times he boxed well and punched sharply but at other times seemed overwhelmed by the force of Shibata’s attacks. The Japanese fighter was very strong and try as he might, Vincente was unable to hold him off. Finally it was over. It ended in the thirteenth round. The reign of Saldivar was over.

Maybe Vincente was not yet convinced he was through or maybe he wanted to go out a winner. Anyway Saldivar returned to the ring seven months later and outpointed the always tough Frankie Crawford. Then two years later Saldivar again emerged to attempt to regain his throne. Former bantamweight champion Eder Jofre of Brazil had won recognition by the W.B.C. as featherweight champion by winning a majority decision over Jose Legra in May of 1973. Vincente would meet Jofre on October 21, 1973 in Brazil. What looked to be a great match up on paper turned out to be a bitter disappointment. Saldivar had nothing left. His great skills had eroded. Jofre was too strong and too powerful for the shell of this once great fighting machine. It ended in the fourth round and so did Saldivar’s career. There would be no more comebacks.

Vincente only had forty fights in his career. He won thirty seven of them. He was a knockout winner on twenty six occasions. He was the whole package in his prime. Pound for pound he was one of the best fighters in the 60’s.