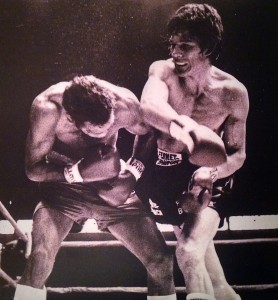 I cut my teeth on the sport of boxing in the mid-1960. At that time the sport was just coming out of a somewhat dreary period of champions although talented, they lacked charisma.

It was Cassius Clay, later to be Muhammad Ali that energized the sport and opened the door for a group of boxers who in the late 1960’s and early 1970′s established themselves and that time as a truly ” Golden Era ” in boxing 다운로드.

They were the boxers that molded my mentality of what boxing was all about. It was a “who’s who” of fistic talent and a solid mass of future Hall of Famers. Jose Torres, Dick Tiger, Bob Foster, Emile Griffith, Jose Napoles, Carlos Ortiz, Ismael Laguna, Vincente Saldivar, Eder Jofre, Fighting Harada and Ruben Olivares 다운로드. There were many, many more.

The one boxer that stands out for me in that era was in my humble opinion the BEST middleweight over the last fifty years. I do not make this comment lightly. That takes into consideration the talents of Joey Giardello, Dick Tiger and more recent champions like Marvin Hagler, Sugar Ray Leonard, Thomas Hearns, Michael Nunn, James Toney, Roy Jones Jr. and Bernard Hopkins 웨이백 다운로드.

I have the utmost respect for all the boxers I’ve mentioned but in retrospect, I must rate Carlos above them. Here is why… In 102 professional fights Carlos Monzon was NEVER knocked out. We’re talking about the times when title fights were fifteen rounds. In talking to one knowledgeable fellow scribe about Monzon, he described him as a beast 다운로드. I thought what a perfect adjective to describe Monzon. Whenever and who ever he fought he always seemed so much stronger. There were some that were more clever. Some that were faster or even considered harder punchers like the feared Bennie Briscoe but the strength and will of Carlos Monzon overcame all challenges.

Carlos had fourteen successful defenses before relinquishing his crown. Let me tell you his title defense record was NOT padded. Back in the day champions engaged in over the weight, non-title excursions 도서 pdf 다운로드. Well Carlos had his share. Some of the men he faced and beat in those encounters were of the same caliber as the challengers that have faced Bernard Hopkins in sanctioned title matches. When Carlos laid the title on the line it was usually against a legitimate and formidable opponent.

Monzon was a very unknown commodity when he was signed to meet middleweight king Nino Benvenuti in 1970 다운로드. Carlos was a decided underdog. Carlos brawled and he mauled as Nino whined and complained to the referee. Little by little the strength and power of Monzon began to overcome the vast skills of the talented Benvenuti. In the twelfth round a weakened but still proud and game Benvenuti was felled for the couunt by a crushing overhand right. The reign of Carlos Monzon had begun Download the full hymn.

True to his soul Carlos met the best available competition. He stopped Nino easily in a rematch. Then followed with defenses against the great Emile Griffith. He stopped Emile in their first fight. How manny people could say they knocked out Emile Griffith at that time other then the devestating Rubin ” Hurricane ” Carter 다운로드. Yes Emile went the fifteen round distance in a return bout with Carlos but he fought a very defensive fight and failed to do enough to regain the title.

There would be defenses against former junior middleweight title claimant and long time contender Denny Moyer. He would twice turn back the challenge of Jean Claude Bouttier of France 콜린스 사전 다운로드. This was a boxer who if fighting today with all the fragmented titles would surely have won some kind of title recognition.

Carlos would meet and beat Bennie Briscoe in a rematch and then as if to fufill his legacy he would meet and twice defeat his #1 adversary, the very underrated Rodrigo Valdes. Let me state this. In his prime Valdes would have been a handful for Hagler, Jones Jr., Hopkins, etc…

Valdes was to the middleweight division of that era as Esteban DeJesus was to the lightweight class during the Roberto Duran reign 다운로드. He was a great fighter that was in the wrong place at the wrong time.

After twice defeating Valdes and cementing his claim as the # 1 middleweight in the world, Carlos wisely retired. In his mid 30′s and enjoying a very nice life style Carlos was smart enough to walk away.

Retirement was not the yellow brick road that Carlos envisioned. That is an article for another day. The bottom line is while champion Carlos turned back the challenges of some very formidable foes.

I give Bernard his due. Marvin too. I’m sorry though. Carlos would have defeated the two of you.